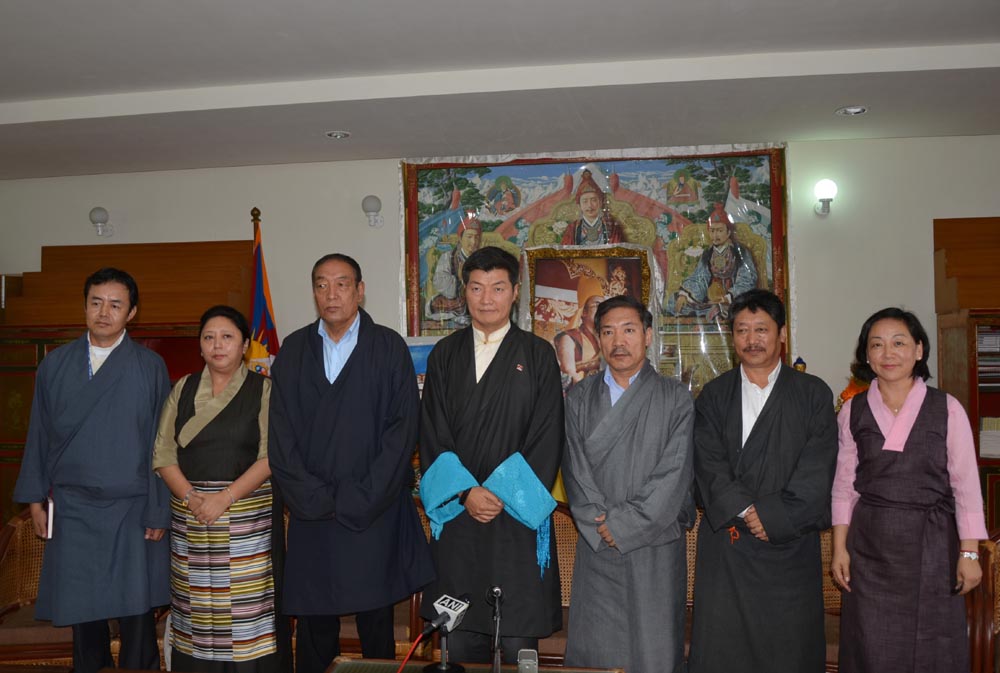 Dharamsala: The portfolios of the new Kalons (ministers) of the 14th Kashag (cabinet) of the Central Tibetan Administration were announced by Kalon Tripa (political leader) Dr Lobsang Sangay at a press conference held today at the Kashag Secretariat in the Himalayan town of Dharamshala.

Dr Lobsang Sangay thanked the 15th Tibetan Parliament-in-exile for its unanimous approval of the Kalons he had nominated. He said a strong message had been sent to China that Tibetans are united.

"As I promised during the campaign," said Dr Sangay, "I will appoint Kalons of experience, education, personal integrity and dedication...All of us will follow the advice and vision laid out by His Holiness the Dalai Lama for this year."

Dr Sangay gave brief biographies of each of the new Kalons, emphasing that he has included elders as well as younger ministers, and women as well as men, representing all three regions of Tibet. He said the 14th Kashag will work towards restoring freedom for Tibetans and the return of His Holiness the Dalai Lama to Tibet.

The cabinet consists of:

Dr Sangay paid special attention to Kalon Gyari Dolma of the home department, saying, "She is known to have a unique ability to connect with Indian people and, to some extent, Indian leaders," which he said she will use to address the complexities Tibetan refugees face in the settlements, under both Tibetan and Indian authorities' administration.

He also talked about the varied experience of Kalon Dicki Chhoyang, of the information and international relations department, who has lived and worked in Tibet, Beijing, Canada and the US.

Dr Sangay said the Kashag nominations and voting process had tested the relationship between the parliament and the Kashag, and that the parliament's unanimous vote in favour was a significant example of cooperation, which Tibetans in exile and in Tibet should welcome.

"It also sends a message to the Chinese government that both the administration and parliament are united," he said.

The new Kashag met His Holiness the Dalai Lama upon his arrival at Dharamsala airport today. Dr Sangay reported that His Holiness was very pleased about the appointment of the Kalons, and parliament's full support of the nominations.

"China and the international community have now witnessed that His Holiness has handed over political power to elected leaders," said Dr Sangay.