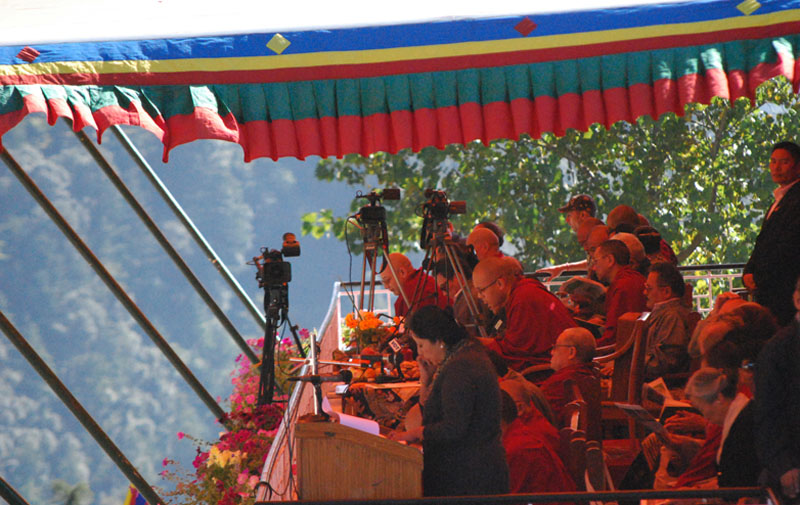 Dharamshala: The 49th anniversary of the founding of the Tibetan Children's Village (TCV) School in Dharamsala, India, was celebrated today.

His Eminence the Gyalwa Karmapa Ogyen Trinley Dorjee attended, along with the Deputy Speaker of the Tibetan Parliament-in-Exile, Dolma Gyari, the Minister of Religion and Culture, Ven Tsering Phuntsok and representatives of non-government organisations. The audience included over 4,000 students and members of the public.

In his opening address, the Karmapa emphasised the importance of preserving Tibet's unique religion, language and culture, saying, "Tibetan youths inside Tibet are being indoctrinated by the Chinese educational system, but those growing up in Tibetan communities in India and Nepal have much greater access to Tibetan language, cultural and religious studies.

"However, when these students reach higher levels of study, they prioritise English language studies, because of social influences and pressure from other cultures to conform.

"We should bear in mind that, to restore justice to Tibet and to lead a productive life in the 21st century, we must combine traditional and modern studies.

"For Tibetans to stand with pride on the international stage, we must preserve and protect our culture and traditions, because they have so much to offer the causes of justice in Tibet and world peace. 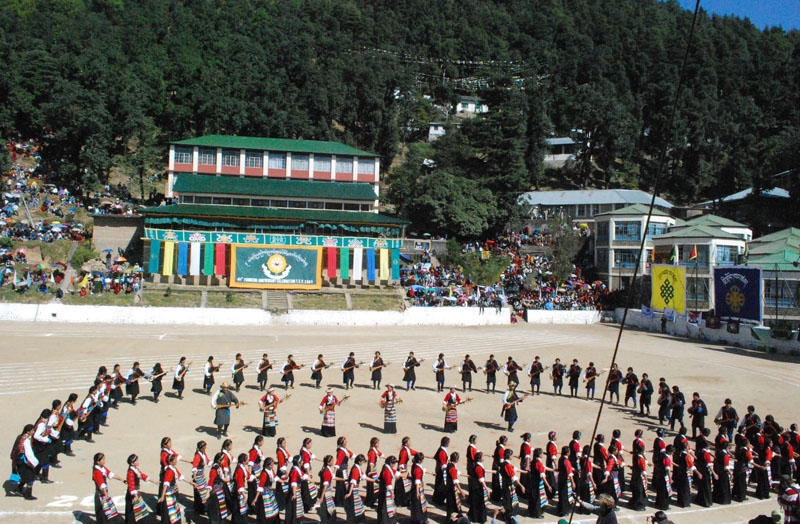 "We must value the time we have in this world, at this critical moment in Tibetan history, and focus our efforts on the preservation of our heritage."

After the Karmapa's speech, the Venerable Tsering Phuntsok also addressed the public and TCV students on the importance of education. He said, "Those who receive education can realise their dreams and ambitions, but those who are deprived of education have no such opportunity."

He praised the school's achievements, saying it had enriched many students' lives and enabled them to work in many different fields around the world. The Venerable Phuntsok further praised TCV for offering a high standard of education to all its students, whatever their background, in contrast to the Indian educational system.

Finally, he requested that the Tibetan people reflect on His Holiness the Dalai Lama's great thoughts and apply them to their own lives, rather than taking them superficially.

To end the occasion, Dolma Gyari, Deputy Speaker of the Tibetan Parliament-in-Exile, reviewed the TCV School's establishment and history, under the guidance of His Holiness in exile, and its growth and flourishment over the years.