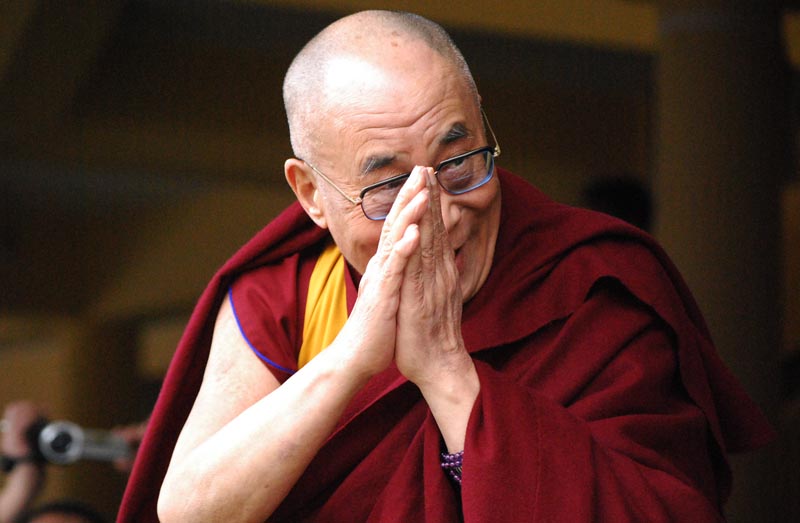 Dharamshala: Tibetan spiritual leader His Holiness the Dalai Lama left Dharamsala this morning to deliver the 3rd annual Mother Theresa memorial lecture at Indira Gandhi National Open University in New Delhi, commemorating the Polish nun who dedicated her life to uplifting India's poorest and most marginalized groups, the elderly and orphans. The topic of His Holiness's lecture will be "Motherhood and Compassion".

The Indira Gandhi University has been celebrating a yearlong Silver Jubilee since November 19, 2009.

School officials have invited renowned experts and practitioners from different fields and academic disciplines to deliver talks, discussions and lectures, which will continue to be held on a regular basis until November 19, 2010.

As part of the series, famous Bollywood actress and social activist Ms. Nandita Das will deliver a lecture on "Identity and the notion of the ‘other'" at IGNOU'S Convention Centre, in Maidan Garhi on April 22.

In May and June, His Holiness will be traveling to two of his most often-visited countries, the US and Japan, to give public talks and teachings in various cities. He is scheduled to deliver talks on "Facing Challenges with Wisdom and Compassion" in Indianapolis, organized by The Tibetan and Mongolian Buddhist Cultural Center, Interfaith Hunger Initiative and Indiana Buddhist Center; another on the "The Power of Education" in Cedar Falls, Iowa, sponsored by the University of Northern Iowa; and a three-day religious teaching in New York's Radio City Music Hall, followed by a talk on the Heart of Selflessness, sponsored by Healing the Divide and the Tibet Center, and an interfaith dialogue at St. John's Church of the Divine in New York City.

In Japan, His Holiness will give teachings on the Heart Sutra and other scriptures, and a public talk on "The Essence of Happiness and a Healthy Coexistence" in the cities of Nagano, Kanazawa and Yokohama.

The Tibetan leader will return to his exile home in July to give teachings in Ladakh, and his next round of Dharamsala teachings are scheduled for late August.