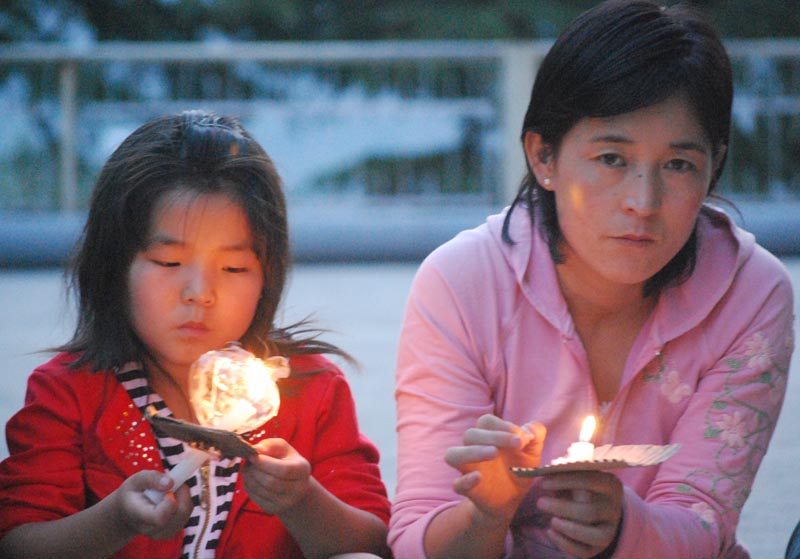 Paris: Dhondup Wangchen, a Tibetan filmmaker who has been held since March 2008, was sentenced on 28 December 2009 to six years in prison, Reporters Without Borders has learned from his family, which knows little of the charges on which he was convicted or his present state of health.

"This self-taught video-maker, who did nothing but film interviews with Tibetans, has been given a long jail term after judicial proceedings in which his defence rights were violated," Reporters Without Borders said. "This sentence is a disgrace for China."

The press freedom organisation added: "We call on the judicial authorities to allow Dhondup Wangchen to file an appeal and to grant him a new, fair trial in the presence of a lawyer chosen by him and in the presence of international observers."

Dhondup's cousin, Gyaljong Tsetrin, a refugee in Switzerland, told Reporters Without Borders: "I am dismayed by the fact that the entire judicial proceedings have been so unfair. I am also very worried for Dhondup Wangchen because he is in a critical situation and the authorities have denied him the medical treatment he needs for his hepatitis B."

Dhondup has been sentenced in Xining, the capital of the western province Qinghai (which has areas with a large Tibetan population). A people's court in Xining last year refused to allow him to be represented by a lawyer chosen by his family. Dhondup has until 7 January to appeal.

His wife, who is a refugee in northern India, said Dhondup just wanted "to do something for Tibet."

Tashi Wangchuk, the head of the Association of Tibetan Journalists, told Reporters Without Borders: "We condemn this decision by the government in Beijing, as it is a violation of press freedom. It is deplorable that we do not even know what charges were brought against him, where he is being held and what his current state of health is."

Dhondup was arrested on 26 March 2008 after filming interviews with Tibetans for a documentary called 'Leaving Fear Behind."