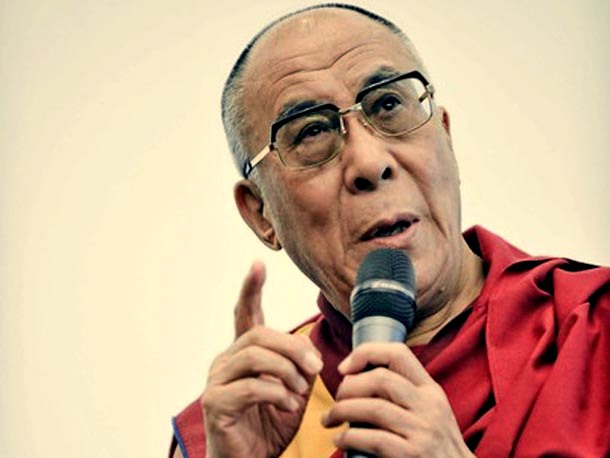 Pune: His Holiness the Dalai Lama has praised India's "thousand year" tradition of peace and tolerance in his inauguration speech for the Happy Thoughts World Peace Festival, held in Pune yesterday.

Appealing to the Buddhist belief in cause and effect, His Holiness appealed to human intelligence, wisdom and action against the cycle of violence and frustration. "I don't believe that prayer alone can bring peace," he said. "Ultimately, peace depends on our actions.

Attended by an audience of over 100,000, the festival is organised by the Tej Gyan Foundation, and names deputy chief minister Chhagun Bhujbal and social activist Kiran Bedi among its key speakers. The flagship event in Pune was one of over 50 held across India yesterday, and represented the culmination of Tej Gyan's ‘World Peace, piece by piece' campaign' a movement which has organised10 events in the first 10 months of 2010.

"Compared to neighbouring countries, India is comparatively more peaceful," His Holiness told his audience. "As far as democracy is concerned, despite some petty politicians, the people of different faiths are living together peacefully. The practice of Ahimsa (non-violence), which the country is following for thousands of years, has kept it united"

His Holiness spoke of the contribution diversity had made to Indian peace and democracy, and praised the presence and contribution of religions and cultures, such as Christianity and Parsi communities, which are new to Indian soil.

"I think India is the only country where all major world religions and traditions live together" he said. "There are some problems here and there but all India is now practicing Ahimsa as well as religious harmony. You must realize that this is India's treasure. This is the difference we can give to the rest of the world".

His Holiness was joined by leading luminaries from all over the world, who at the festival lead thousands of international participants in a simultaneous prayer for peace. In organising the event, the Tej Gyan foundation hopes to provide an anchor for various sectors of society, including youth, women, and the media, in working towards universal and launched a book in 10 Indian languages, on the subject of peace and relationships, at yesterday's event.

As well as praising India, however, His Holiness was keen to stress the importance of removing such "backward thinking" as the Caste system, which still prevails in the country.

"India needs her neighbouring states" he reminded the audience. "The concept of violence, of destruction of your enemy, is outdated. This century, we should make every effort to bring the century to the century of dialogue."