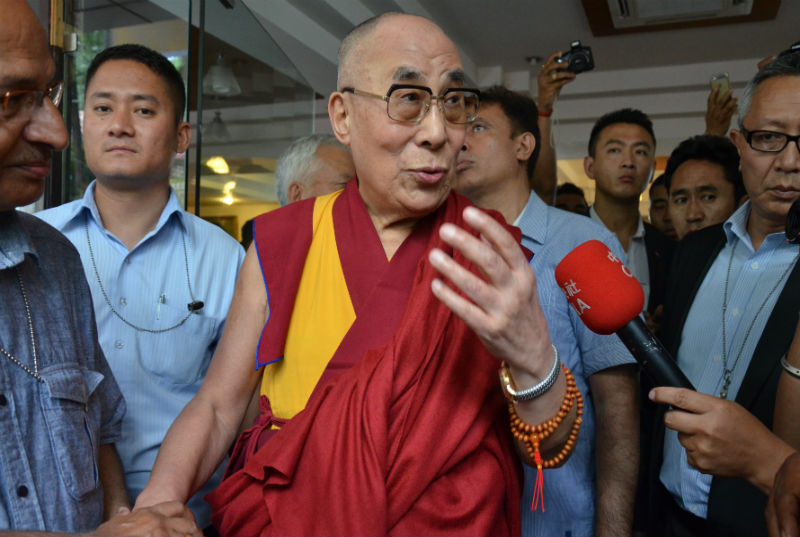 Dharamshala — Speaking on the final day of a conference of the Tibetan  religious heads in Dharamshala, India, His Holiness the Dalai Lama said that Tibetan Buddhism and culture cannot be annihilated easily by the Chinese government under its repressive policies in Tibet.

"The Tibetan Buddhism is deeply embedded in Tibetan culture and cannot be annihilated easily under the repressive measures of the Chinese government," said His Holiness the Dalai Lama who graced the conclusion of the 12th religious conference of the four schools of Tibetan Buddhism and Bon Tradition.

The spiritual leader spoke about the last 50 years since the Tibetan people came into exile and the change that has taken place in the world since then. He noted the material development of the world but lamented the growing apathy towards mental wellbeing.

The Tibetan leader also urged  people  to engage with the importance of "warmheartedness and affection" towards one another. He also spoke about the importance of "secular ethics" and the need for an "analytical study" of the Buddhist texts to get to the essence of Buddha’s teachings.

"The Nalanda tradition of Buddhism has been preserved in Tibet since its advent into Tibet from India," His Holiness said "Tibetan Buddhism is deeply embedded in Tibetan culture and cannot be annihilated easily under the repressive measures of the Chinese government."

Mr Pema Chhinjor, minister for Religion and Culture affairs, spoke about the current administration's efforts in preserving and promoting Tibetan culture and religion.

"Tibet is at a critical situation," Mr Chhinjor said, while speaking about the issue of Tibet. He also strongly urged the religious leaders to continue speaking on the Tibet issue to their devotees.

"The Central Tibetan Administration is the legitimate representative of the Tibetan people and its policies are the core of the Tibet freedom movement," Kalon Chhinjor said, also adding: “Tibetan Buddhism is continually flourishing due to the efforts of the Tibetan spiritual teachers.”

"The Chinese government’s attempt to eliminate the Tibetan people though cultural assimilation," He said which "would never be successful as Tibetan people and their culture are embedded in their religions."

The three-day conference reviewed the resolutions passed in the previous conference and discussed ways to develop Buddhist learning, co-ordination with other Buddhist nations, organising introductory Buddhist teachings, and developing the capability of respective monks and scholars of the four schools Tibetan Buddhism and Bon tradition.