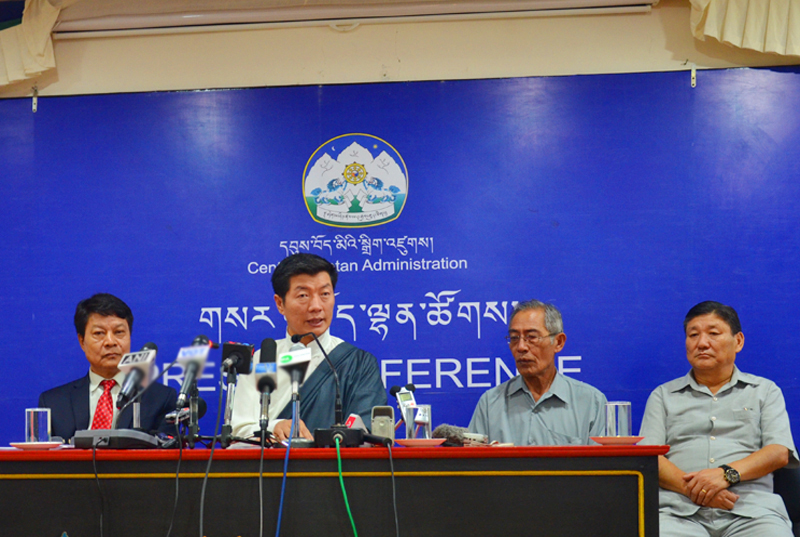 Dharamshala — The Central Tibetan Administration (CTA) based in India warned China on Tuesday of "international pushback" if Beijing moves to appoint the "reincarnation" of His Holiness the Dalai Lama, saying that the Beijing's claims are based on "doctored history."

"This response to the Chinese white paper on Tibet challenges Beijing's claims that the legitimacy of His Holiness the 14th Dalai Lama of Tibet rests on China's recognition and approval," it said.

If communist China goes ahead with its plan to pick the reincarnation of His Holiness the Dalai Lama, "there will be an international pushback and it will not only come from the Tibetan people but millions of Buddhists, including a growing number of Chinese Buddhists who traditionally share Tibet's spiritual culture, the document said, adding "Such a move on the part of China will create an international furore comparable to China muscling its way into the South China Sea."

"The pushback will come from the millions in the rest of the world who have benefited from the teachings of His Holiness the Dalai Lama," the CTA added.

The white paper added: "Lhamo Thondup’s enthronement as the 14th Dalai Lama owed its legality to the central government’s regulations on the Dalai Lama system, and aprovement (sic) by the government of the Republic of China.”

"In reality, the CCP's claims on the institution of the Dalai Lamas of Tibet are based on doctored history. The 14th Dalai Lama of Tibet was selected on 28 June 1939 according to the age-old religious beliefs and spiritual traditions of the Tibetans," it added, saying "No approval of the Chinese Government was needed or sought."

"In 1939, before Wu Zhongxin, arrived in Lhasa, Regent Reting had already announced the name of the present Dalai Lama in the Tibetan National Assembly as the authentic reincarnation of the 13th Dalai Lama, which was unanimously confirmed by the Assembly."

"When the enthronement ceremony took place on 22 February 1940, the Chinese envoy, Wu Zhongxin, like envoys from Bhutan, Sikkim, Nepal and British India, had no special role," it said.

"The fictitious account by Wu Zhongxin, which communist China today repeats with revolutionary zeal, reflects what China had intended to do, but did not take place. Chinese propaganda used a news report featuring a photograph of the Dalai Lama with Wu Zhongxin," the CTA's response said, "The photograph was captioned as having been taken during the enthronement ceremony."

"However, according to Ngabo Ngawang Jigme, Vice-Chairman of the Standing Committee of the NPC, this photo was taken a few days after the ceremony, when Wu was granted the favour of a private audience with the child Dalai Lama.

Wu Zhongxin's claim of having presided over the enthronement ceremony on the basis of this photograph is a blatant distortion of historical facts," Ngabo said in Tibet Daily on 31 August 1989."

"The Tibetan response maintained that the Chinese leadership will find in the proposal a solution that respects Tibet's distinct cultural and ethnic identity and which preserves the territorial integrity, unity and stability of the People's Republic of China.