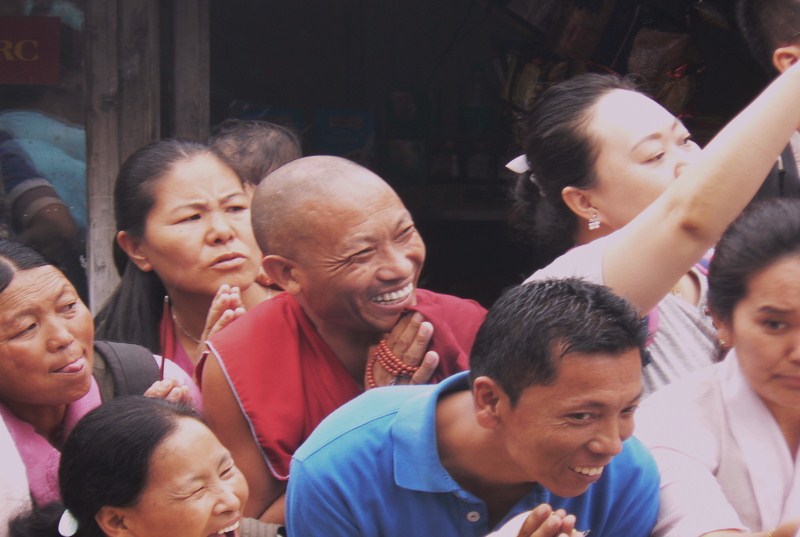 Dharamshala: - His Holiness the Dalai Lama arrived back in Dharamshala today after a 3-week trip to the United States. An enthusiastic crowd of monks, locals and tourists lined up on either side of Temple Road, which was decorated with colorful banners and prayer flags, to catch a glimpse of His Holiness as his car drove through the main square in the Himalayan town of McLeod Ganj.

According to Tibet.net, His Holiness was met at Kangra airport by Kalon Tripa Prof. Samdhong Rinpoche, Deputy Speaker of the Tibetan Parliament-in-Exile Lopon Sonam, and heads of several Tibetan non-governmental organizations.

During His Holiness' time in the US, he performed an 11-day Buddhist Kalachakra ritual in capital Washington DC. The Kalachakra ritual included chanting, meditation, and teachings, and taught practitioners to develop more compassion and peace. He also spoke in Chicago, Illinois on the importance of interfaith dialogue, saying that much unnecessary violence comes from people not understanding and accepting each others' beliefs.

He met with several US political leaders in Washington DC, including President Barack Obama. He also met with members of the Senate Foreign Relations Committee, members of the US State Department and other congressional leaders. These government officials consistently expressed support for human rights in Tibet and China-Tibet dialogue. A White House statement said that President Obama "encourages direct dialogue to resolve long standing differences and a dialogue that produces positive results for China and Tibetans...the President reiterated his strong support for the preservation of the unique religious, cultural, and linguistic traditions of Tibet."

On August 13, His Holiness will travel to Toulouse, France, where he will give teachings on Kamalashila's The Middling States of Meditation (gomrim barpa) at the Zenith de Toulouse.