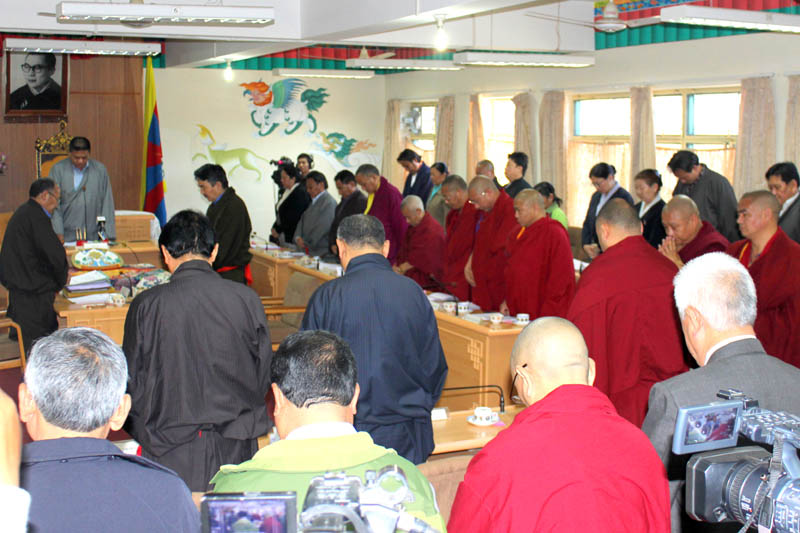 Dharamshala:  The Tibetan Parliament-in-Exile has issued a statement expressing great sadness over the self-immolation of Tswang Norbu.  The 29-year old monk burned himself to death Monday, 15 August, in Nyatso Monastery in Tawu, Eastern Tibet.

The statement claimed that these incidents happen because of the Tibetan people's extreme dissatisfaction with their lives under Chinese rule.

Such incidents, according to the Parliament, are "a clear indication of the Tibetan people's deep-seated resentment against the Chinese government's wrong policy on Tibet."

The statement asserted that rather than striving to uphold the Tibetan people's freedom and human rights, the Chinese government suppressed those rights.  Their policy, it said, "stands in complete violation of the international covenants on basic human rights."

Parliament urged the Chinese government to take a sincere approach at engaging with Tibetans instead of constant crackdowns on the Tibetan community. "The Chinese government should provide them rights enshrined in the constitution and stop its policy of destroying equality and harmony among the ethnic nationalities," the statement read.

"We also demand the authorities to lift the restrictions on travel in and out of Tawu county...and to immediately seek ways to resolve the critical situation prevailing in Ngaba in northeastern Tibet and Kardze in eastern Tibet," it added.