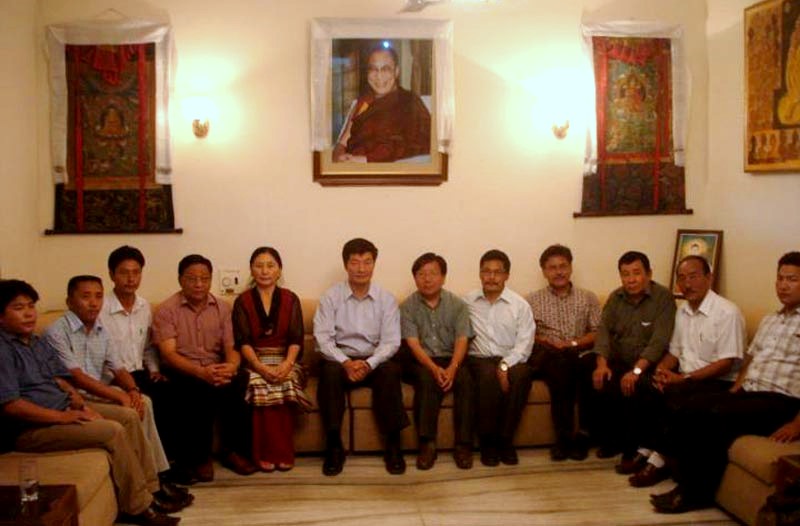 Dharamshala: - In keeping with his promise to give "number one priority to education," the political leader or Kalon Tripa of the Central Tibetan Administration, Dr Lobsang Sangay on 3-4 September held a two-day meeting in New Delhi with principals of ten Tibetan schools.

Kelsang Gompo, head of the education section at the New Delhi Bureau of His Holiness the Dalai Lama said that the informal meeting was held to seek suggestions from the principals. "It is a general meeting where our Kalon Tripa is learning more about each school system and seeking suggestions to improve the education system," Kelsang said.

Talking to Tibetan reporters in Delhi, Tharlam Dolma, Principal of the Central School for Tibetans said that the meeting was constructive but abdicated that Kalon Tripa did not disclose any new future plans.

"We shared our experiences in detail and the Kalon Tripa told us that such constructive exchange of ideas and experiences will help in further refining our education system," Dolma said.

The Department of Education oversees the education and welfare of approximately 28,000 students in 77 Tibetan schools in India, Nepal and Bhutan. The schools follow the education system of the country in which they are located, although maintaining similar styles of school management and implementation of curriculum, with the inclusion of Tibetan language, literature and performing arts.

The policy upheld by the department of education is aimed at nurturing excellence and promoting a strong sense of responsibility for others, with a prominence on establishing an equal balance of both modern and traditional education, to ensure a stable educational development for children.