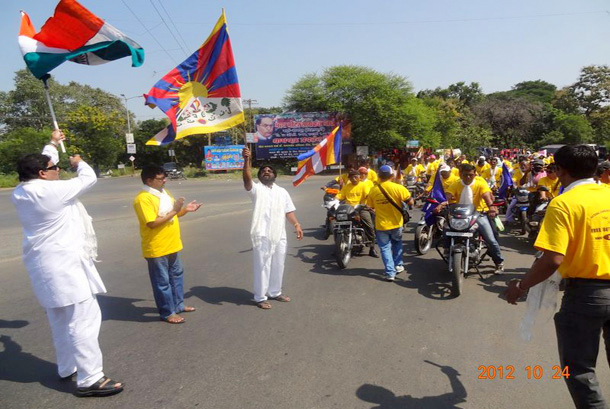 Dharamshala: More than 50 cyclists took part in a bike rally to support the Tibetan cause in Maharashtra on October 24.

The cyclists also visited a statue of the Buddha en route at Dhammabhumi, where they enjoyed a flower ceremony to seek blessings for the journey.