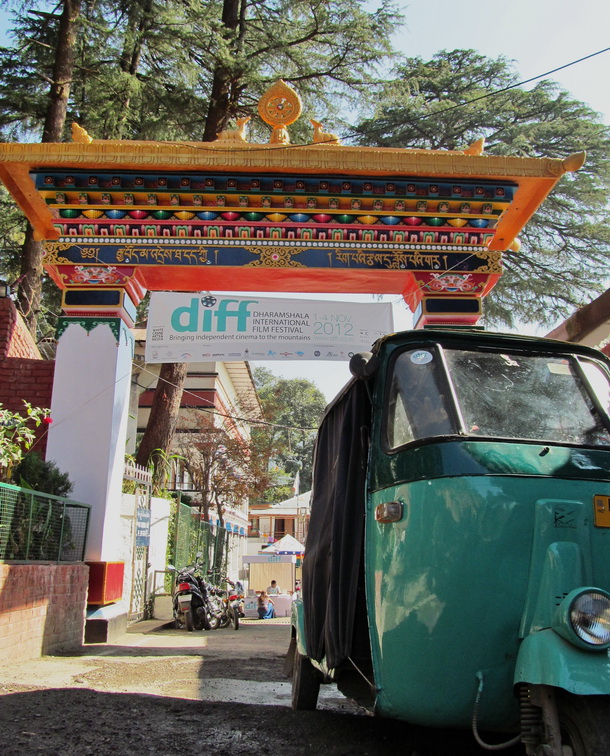 Dharamshala: Hosting a series of independent films from November 1st to 4th, the Dharamshala Independent Film Festival turned heads and inspired minds as it celebrated its first event in the Tibetan exile hub of India.

As vibrant turquoise auto-rickshaws popped up on the busy streets of the quirky town, and as the Tibetan Institute of Performing Arts was adorned with banners, cuisine stalls and retail tents, an atmosphere of anticipation greeted the premiere of the festival. Amid clear blue skies and against the scenic backdrop of the Himalayas, the festival itself could not have been hosted in a more unique and inspiring location.

‘Bringing independent cinema to the mountains', the festival boasted a colourful array of contemporary Indian and International films, as well as the presence of many of the directors and producers themselves. Screening 26 films, features, documentaries and shorts, the event - which was hosted at the scenic Tibetan Institute of Performing Arts - delivered a wealth of inspiration and quality filmmaking to the community.

Uniquely, the festival addressed the talent of young filmmakers, encouraging bilateral engagement with guests. In an interview for the Tibet Post International, Wen King, one of the organisers of the event, highlighted:

"This is really exciting for Dharamshala; we have not had this many filmmakers to the community before for an event like this. The Dharamshala Independent Film Festival is unique because after most of the films, there is a question and answer session. It's very interactive". She added: "There are 14 filmmakers doing master-classes, and for those attending it's been very successful".

The event also included live music from performers of the Tibetan Institute of Performing Arts; who awed the crowd with traditional folk music from the land of snows. The final day of the festival also included a more concentrated question and answer session with a selection of the filmmakers, who further addressed with depth and experience questions and discussions by audience members.

As the last of the turquoise rickshaws (which had been decorated colourfully to highlight the festival) wound their way down the narrow forest path leading from the venue, and the final film had been discussed, it is with anticipation that the community can look forward to more of such events; which bring bilateral dialogue and independent cinema to the bustling global town.