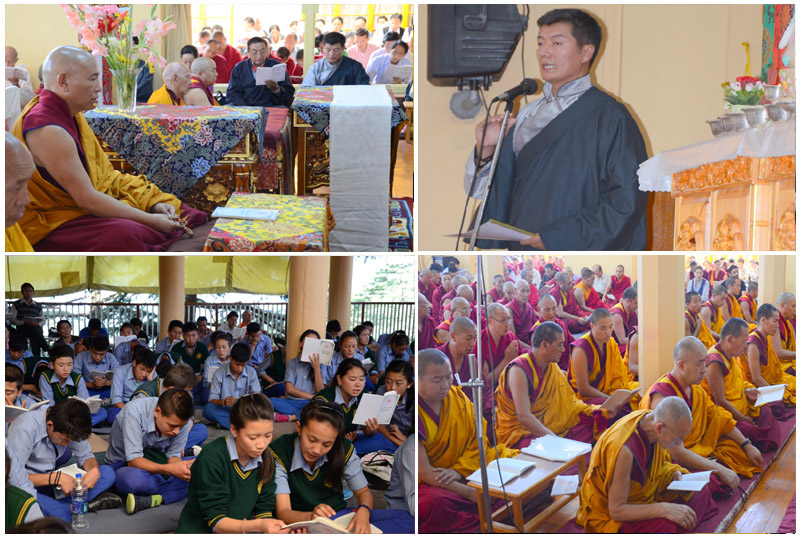 Dharamshala: On June 18 2013, a mass prayer service was held for the Tibetan self-immolator Wangchen Dolma at the main Tibetan temple (Tibetan: Tsug-lak Khang) in Dharamshala. Dolma set herself ablaze on June 11 outside Nyatso Monastery in Tawu passed away on June 14 in a hospital in Dartsedho.

The prayer service organised by the Department of Religion and Culture of the Central Tibetan Administration was presided over by Jhador Rinpoche, former abbot of Namgyal monastery. Thousands of local Tibetans as well as non-Tibetan supporters were present to express their solidarity, including the heads of the three pillars of Tibetan democracy.

Wangchen Dolma's body met with the same fate as the other self-immolators and was secretly cremated by the Chinese government. Not only was the family deprived of performing the traditional rituals, but they were also being kept under house arrest after the protest.

In a statement on Monday, the London based Free Tibet authorities said that the "Chinese authorities also prevented local people from visiting the family to pray and show solidarity. The family were ordered to not contact people about Wangchen Dolma's protest or visit the monastery".

Sikyong Dr Lobsang Sangay expressed his condolences and said that since 2009 as many as 119 Tibetans have set themselves on fire in Tibet. He said that 102 of them have been reported dead while the whereabouts of the remaining are unknown. He also spoke about his visit to Lithuania and the positive outcomes of the meeting.

Tibetan self-immolators living under the Chinese rule have repeatedly demanded for their freedom and the return of His Holiness the Dalai Lama from exile.