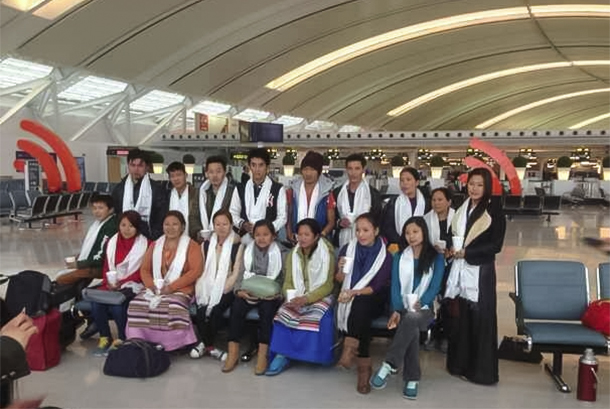 Dharamshala: – The first displaced Tibetans to settle in British Columbia under Canada's Tibetan resettlement program arrived in Vancouver and Victoria on Saturday, 14 December. At both airports, they were greeted by private sponsors and Tibet supporters.

They were all part of a Canadian public policy that aims to "...bring 1,000 displaced Tibetans from the Arunachal Pradesh region of India before May 2015," said Nima Dorjee, president of Project Tibet Society. This policy followed a 2007 appeal by His Holiness the Dalai Lama to Canadian Prime Minister Stephen Harper.

The first two groups selected to resettle in Canada arrived in Toronto and Ottawa Friday, Nov. 29. Others selected will arrive in Calgary sometime in January.

"I am absolutely confident that given the opportunity they will succeed here, they will do fantastically well," Dorjee said.