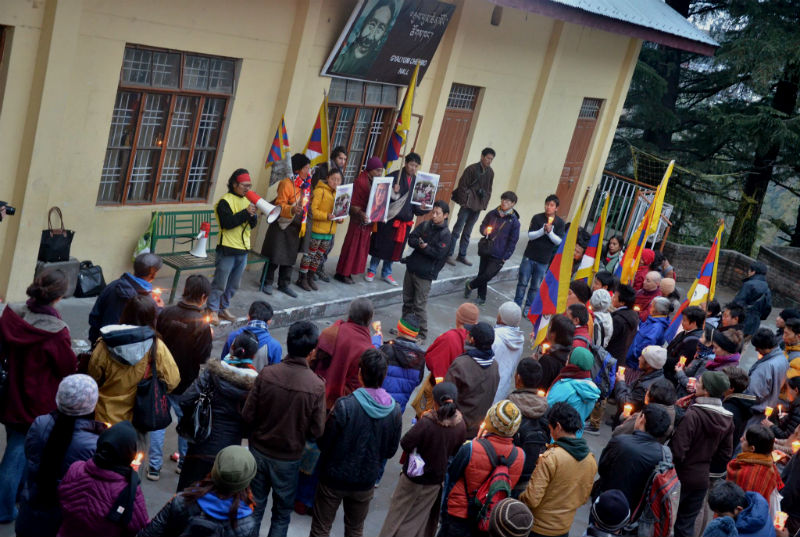 The Tibet-China Peace Treaty was signed between the Tibetan Emperor, Tri Ralpachen and Chinese Emperor, Mu Tsung of the Tang Dynasty, to establish peace and constitute the boundaries of Tibet and China. A stone pillar (Doring in Tibetan) with the engraving of the treaty still stands in front of the Jokhang Temple, one of the holiest temples in Tibet's capital Lhasa.

The commemoration comes amidst news of the first self-immolation protest of 2014 by Phakmo Samdup, a Tibetan man in his late twenties and a father of two. On February 13, 2013, this day marked the Centennial of the 1913 Tibetan Proclamation of Independence. Every year on February 13, Tibetans and supporters are commemorating Tibetan Independence Day as a day to counter China's claims to their homeland and asserting their determination to be free.

Last year in over 30 cities worldwide, Tibetans and their supporters commemorated the Centennial of the 1913 Tibetan Proclamation of Independence by His Holiness the 13th Dalai Lama by organizing flag raising ceremonies, exhibitions, lobbying events and other creative actions to shed light on Tibet's independent past. Globally, elected representatives took part in honoring this day and expressed solidarity with Tibetans in Tibet.

"This year on February 13, Students for a Free Tibet will mark the day by celebrating the great legacy of the Tibetan Empire to challenge China's propaganda about Tibetan history as well as to strengthen the case for Tibet on the global stage. In commemorating the historical legacy of the Tibetan Empire, we are not only securing our past but also shaping our future, as we work towards fulfilling our vision of all Tibetans uniting in a free and democratic Tibet," said Dorjee Tseten, Asia Director, Students for a Free Tibet.

This morning, activists of Students for a Free Tibet from the Delhi and Kolkata chapters submitted the text of the Tibet-China Peace Treaty (821-822 AD) to the Chinese Embassies in these respected metropolitan cities.