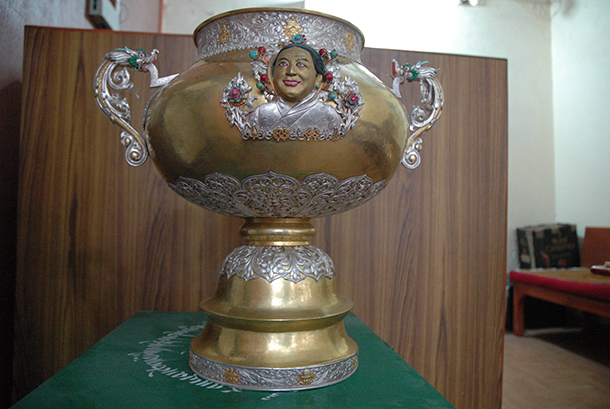 'Traditionally the tournament is held annually in loving memory of the Great late Mother of His Holiness the XIV Dalai Lama. It started in the year 1981 and there on after has continued with great enthusiasm and passion within the Tibetan community,' TNSA said in a statement.

Amongst the twenty seven clubs that have registered for GCMGC, twenty one clubs from India/Nepal are confirmed after succeeding through the qualification rounds within four regions for this year's tournament; the tournament will be played through a league followed by a knockout system. The teams will be divided into seven pools, the tops of each pool and second best amongst the other teams will qualify for the quarter finals. As a minimum each team will have the chance to play two games.

Through this medium the TNSA have thanked the Gaden Phodrang Office of His Holiness the Dalai Lama for the continuous support of the event. Their thanks also have been expressed to Dhondupling Tibetan Settlement, TCV Head Office and both Tibetan SOS VTC and TCV School Selakui for providing support wherever it has been needed.