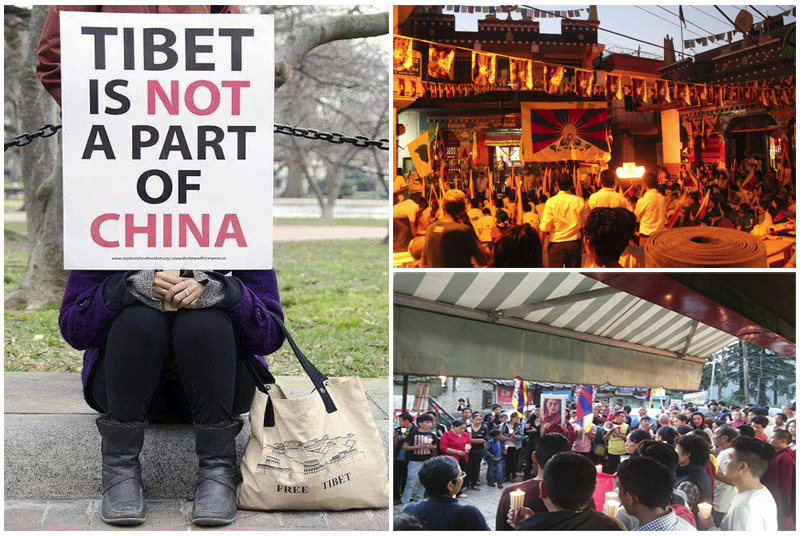 Another candle light vigil was organized by the RTYC Dharamshala and brought together both Tibetans and supporters.

The Tibetan Parliament-in-Exile Monday passed a unanimous resolution to express condolence and solidarity with the deceased and his family members.

"We are deeply saddened to learn about the death of Lhamo Tashi following his self-immolation protest against the Chinese government's repressive policies in Tibet. We mourn and express solidarity with his family members," Speaker Penpa Tsering said.

The total number of self-immolation protests has risen to 131, of which 113 died. The self-immolators have demanded freedom for Tibetans and the return of His Holiness the Dalai Lama to Tibet.

The Tibetan Administration based in Dharamshala has repeatedly urged the Chinese government to end its political repression, religious persecution, cultural assimilation and economic marginalization and environmental destruction in Tibet to address the issue of Tibet. It has consistently appealed to Tibetans to not to resort to drastic actions including self-immolation.