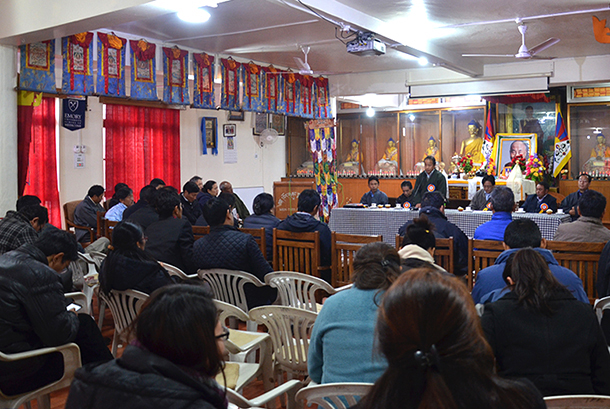 Health Secretary Mr Tsegyal Dranyi as the chief guest emphasised the primary reasons of establishing the CCTM and the importance of the rich traditions of Tibetan medical system.

The CCTM was established after the Exile Tibetan Doctor's Association Act – 2003" was passed by the 13th Tibetan Parliament-in-Exile during its 5th session in the year 2003, with the final approval by His Holiness the Dalai Lama.

The primary objectives of the CCTM are to preserve and promote the rich traditions of Tibetan medical system, and maintain the professional conduct of the Tibetan medical practitioners by ensuring quality and standard.

The group said that the rich traditions of Tibetan religion and culture including Sowa Rigpa are facing imminent danger of annihilation under the repressive measures of the Chinese government.

The council was established on 5 January 2004. It comprises of 10 governing members including four physicians from the Tibetan Medical & Astrological Institute, and four from Non-Men-Tsee-Khang physicians, including one reserved seat for the physician of Bon Medical Tradition.