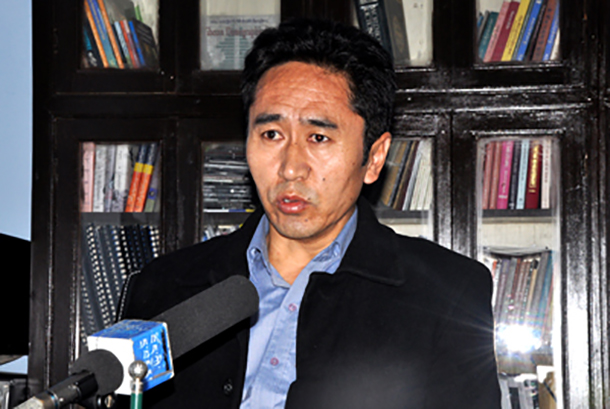 Dharamshala: - The Central Tibetan Administration (CTA) said that the suspicious object found near the main Tibetan temple in McLeod Ganj town was not an explosive device, and urged the public to remain calm.

"There was a post being circulated on social media which says an explosive device had been found near Lingkor in Mcleod Ganj on 13 January. Some news sites have also reported about it," Mr Karma Rinchen, who is Additional-Secretary at the Security Department of the CTA told the Tibetan official media Wednesday morning.

"At first glance, the object does look suspicious. Therefore, we handed over the object to the relevant authorities in the local Indian administration. Taking the issue very seriously, the local police called a professional bomb squad to analyse the object," he said.

"After a full day of analysis, the bomb experts informed us that the object was not an explosive device," Mr Rinchen said

"I urge the public to refrain from posting such things on social media without a proper investigation. It is understandable if such things are posted after careful verification," he stressed.

"However, such unsubstantiated posts can create panic in the community. It may also create legal problems for the individual himself," he further said, adding "As for the object, it is nothing but trash. So, remain calm and don't panic."