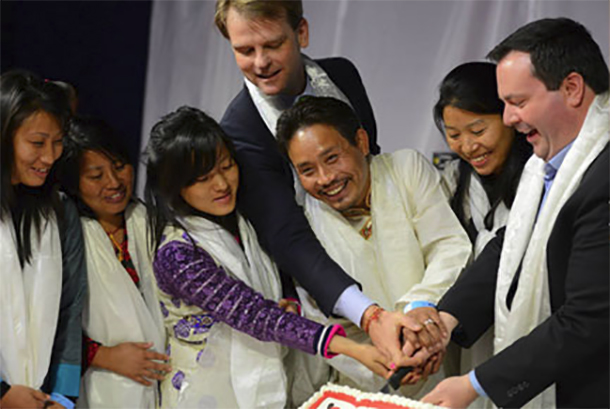 Calgary, 19 January, 2015: – Fifteen Tibetans are headed to Calgary this week as part of Canada's Tibetan resettlement program. They will join the 106 Tibetans who have arrived in Calgary since January 18, 2014. All of those who have arrived previously are employed and financially self-sufficient.

"Twelve of the Tibetans will arrive on Wednesday, January 21 (BA 103 ETA 17:35 expected exit from immigration 19:45), three on January 22. Local sponsors and those who have arrived previously will greet them at the airport," Mr Nima Dorjee, President, Project Tibet Society told The Tibet Post International.

The Tibetans are part of a Government of Canada public policy that is facilitating the immigration of up to 1,000 displaced Tibetans living in the state of Arunachal Pradesh in India. This policy followed a 2007 appeal by His Holiness the Dalai Lama to Prime Minister Stephen Harper.

Project Tibet Society was founded in 2011, as part of the public policy to oversee the implementation of this project.

The Calgary Catholic Immigration Society is a non-profit organization, which provides settlement and integration services to all immigrants and refugees in Southern Alberta.