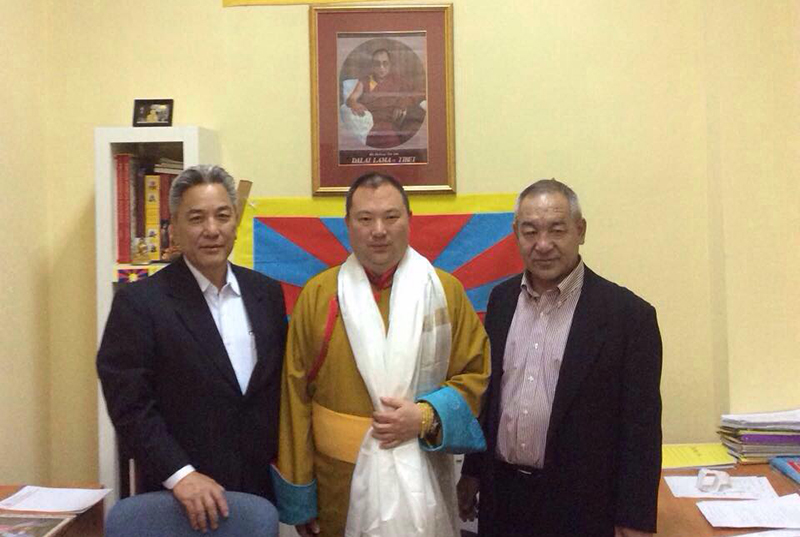 Dharamshala: - Telo Tulku Rinpoche, the spiritual head of the tradition in Kalmykia, has been appointed as the new Representative for the Office of Tibet, Moscow, Russia.

Telo Rinpoche formally took charge as the new Representative of His Holiness the Dalai Lama at the Office of Tibet based in Moscow, Russia, from outgoing Representative Dr Ngawang Rabgyal, according to a Tibetan official media report.

The hand-over ceremony was held in the presence of Mr Kelsang Gyaltsen, Special Representative of His Holiness the Dalai Lama to Europe. Over 60 dignitaries and guests attended the ceremony.

Telo Rinpoche is the spiritual head of the Tibetan Buddhist tradition in Kalmykia. Born to a Kalmyk Mongolian family in the US, he studied at a Tibetan Buddhist monastery in South India at the age of 7. He has been recognised by His Holiness. He was appointed as the honorary representative in October 2014.

Dr Ngawang Rabgyal has been transferred to the Department of Education in Gangchen Kyishong as its new Secretary.