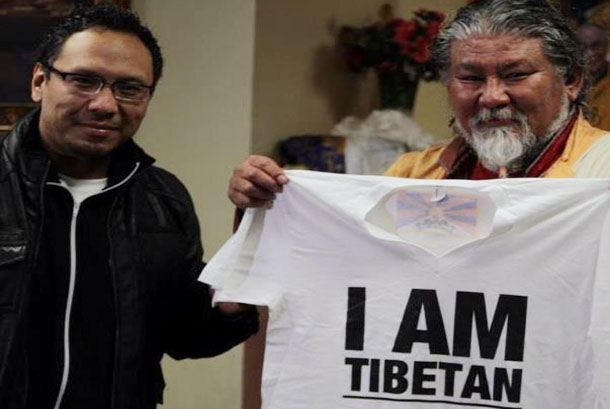 Dharamshala -- In honor of the 80th Birthday of His Holiness the 14th Dalai Lama, Tibetan Youth Congress Saturday [June 6] announced a scholarship for Tibetan students living in India, Nepal and Bhutan.

The youth group said "the scholarship titled "Dalai Lama Kadrin Jayden Scholarship" will be awarded to the student with the highest score in Tibetan language on the Class XII board exams every year."

A sum of Rs. 20,000 IC will be awarded to that student. "TYC hopes that this scholarship will encourage and create greater interest amongst the youth to learn, speak and write in Tibetan," TYC said in a press release.

The group said it has named this scholarship "Dalai Lama Kadrin Jayden Scholarship" in honor and to respect the legacy and achievements of His Holiness the 14th Dalai Lama as well as celebrate his 80th Birthday.

His Holiness the Dalai Lama will turn 80 this July 6 and this award will be presented to the student on that day, it said, adding that the group is also offering Tenshug, a long life ceremonial offering to His Holiness on July 31 in Dharamshala.

Preservation of culture, religion and language is one of the main aims of the organization, says TYC President Tenzing Jigme.

Since TYC was founded in 1970, the organization has been continuously working to educate the youth about the importance of speaking, reading and writing in Tibetan.

"Now more than ever we need to preserve our identity - and our language is an integral part of that identity", says Jigme.

Tibetan Youth Congress describes itself as the largest Tibetan NGO in exile with over 88 chapters and 35,000 members worldwide working for the freedom for Tibetan people and independence for Tibet.