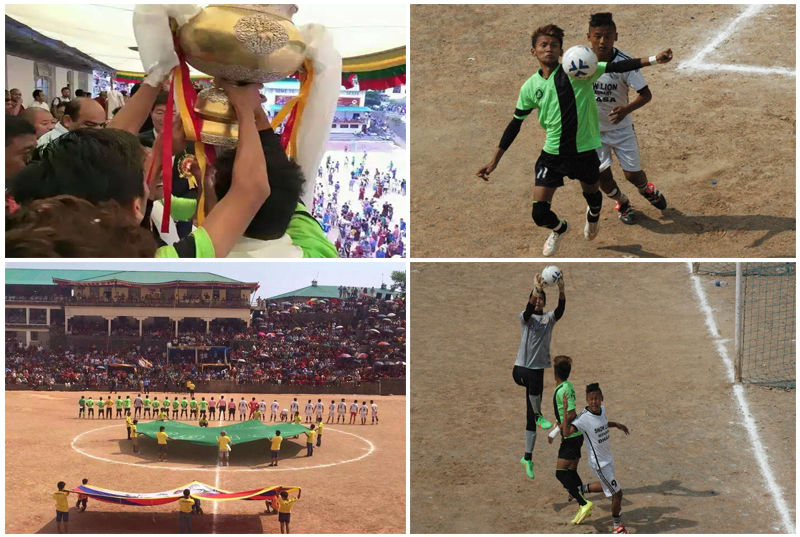 Dharamshala — The 21st edition of the Gyalyum Chemo Memorial Gold Cup finale took place at the Upper TCV school today. The tournament having started in1981 by the staff of Tibetan Children's village as a tribute to the late mother of His Holiness the Dalai Lama, is now one of the most anticipated events of the year.

"This is one area where we can show our identity as Tibetans," remarks Kalsang Dhondup, the chairperson of the Tibetan National Sports Association.

Dhondup adds that since they've been barred by the FIFA to participate in the World Cup tournaments the GCG gold cup along with forging greater unity in the Tibetan community, has become the primary platform for young Tibetans to showcase their talent.

The tournament this year panned over a week and consisted of 28 teams from the United States, Canada, Europe, Nepal and thirteen Indian states. The finale was contended between the teams hailing from the Karnataka district of Mundgod and Pokhara district in Punjab and witnessed a whopping crowd of an estimated 500 spectators.

The first half of the match saw multiple attempts by both sides but ended with neither teams scoring. The second half, in contrary, was more eventful with Pokhara conceding a penalty shot by the opposing team within the first 20 minutes.

This was followed by another goal by the Mundgod team. The match concluded with the team from Mundgod emerging victorious with a score of 2-1.

In an interview with the Tibet Post International, Prime Minister Lobsang Sangay, the chief guest of the day talked about the role of tournament as one propagating solidarity between Tibetans all over the world. "This tournament has brought Tibetans from all walks of life together in Dharamshala. This is a statement of Tibetan harmony," he said.