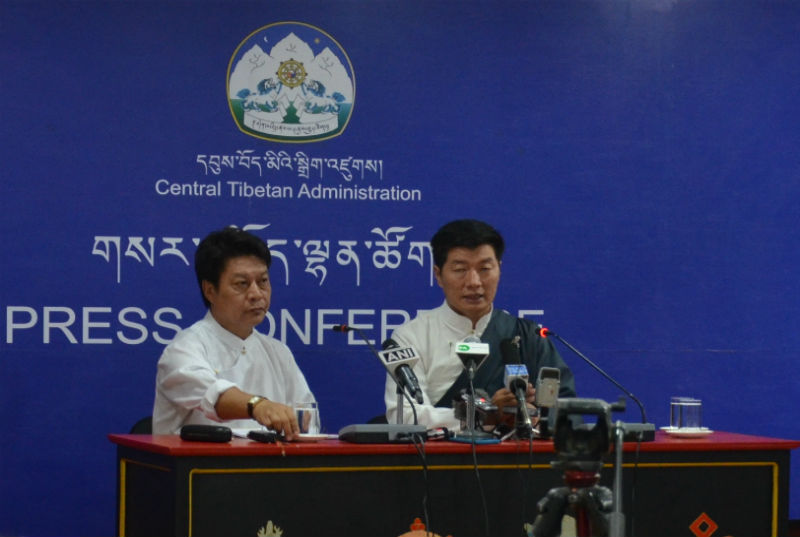 Dharamshala — The Central Tibetan Administration on Wednesday, June 17, launched a video birthday greeting for His Holiness the Dalai Lama, who will turn 80 on July 6, 2015.

According to Tibetan tradition, a person's 80th anniversary bears special significance and is celebrated as a momentous life milestone. It is hoped the Dalai Lama's supporters worldwide will share the video as a tribute to his efforts to promote peace. This year's anniversary will be celebrated by millions throughout the world including Tibetans inside Tibet despite Chinese authorities' restrictions.

The video includes a message from Sikyong Dr Lobsang Sangay, who says to His Holiness, "on behalf of Tibetans inside and outside Tibet, happy 80th birthday Your Holiness, the great 14th Dalai Lama of Tibet. Thank you for your leadership and for your lifelong commitment to contribute to human happiness and promote universal responsibility, to foster religious harmony worldwide, to safeguard Tibet's culture and environment."

Among various others featured in the video wishing His Holiness a happy birthday in an array of languages including Tibetan, Hindi, Spanish, and many others, there is a special tribute and greeting from Archbishop Desmond Tutu. His Holiness's colleague and close friend says, "you are a wonderful, wonderful gift to the world. I want to wish you the most gloriously happy birthday."

On June 21st, which corresponds to the Dalai Lama's birthday based on the Tibetan calendar (5th day of the 5th lunar month), a special long-life prayer will be offered to His Holiness in Dharamshala, India. The event will be attended by dignitaries and guests from around the world.