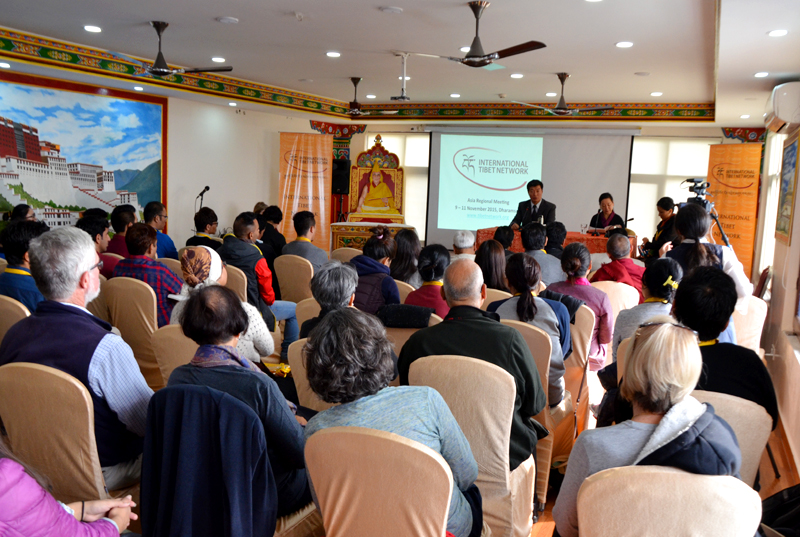 The International Tibet Network was established in the year 2000, with the goal to foster effective coordination among the many Tibet support groups and strengthen their overall campaign capacities.

More than 50 delegates from 14 Tibet support groups from the US, UK, Bangladesh, Taiwan, Kenya, Malaysia, Philippines, Italy and India participated in the three-day meeting, which was aimed at generating new strategies and maximizing the impact of the Tibetan movement worldwide.

Sikyong Dr Lobsang Sangay, the democratically elected political leader of the Tibetan people, delivered the keynote address of the meeting, emphasizing the Tibetan people's utmost gratitude to supporters for their strong commitment to the Tibet cause. He expressed that the support extended by the Tibet groups are crucial to sustain as well as amplify the Tibetan movement at a global stage.

Explaining that Tibetans are strategically disadvantaged in terms of demography to pose a formidable challenge to the Chinese government, Sikyong pinpointed certain issues of concern where the efforts of the Tibet support groups are pivotal to shore up support from world leaders and international rights groups.

The days following consisted of campaign development of projects including the topics of Tibet's environment, political prisoners, Lithium mining in Tibet, and the promotion of dialogue. The outcomes of the discussion created three new campaigns to be implemented in the coming year, including the creation of a Tibet Advocacy Week in Indian Parliament, Tibet Third Pole to coincide with India's Climate March, and the Free Tibetan Heroes Campaign, highlighting former political prisoners.

Nyima Lhamo, the Asia regional coordinator concluded the final day of the meeting saying, "each participant has left this meeting having made their own personal commitment to contribute towards better collaboration. With robust campaign plans and stronger personal relationships between groups, we are confident that our movement in Asia will be more effective as a result of this meeting."