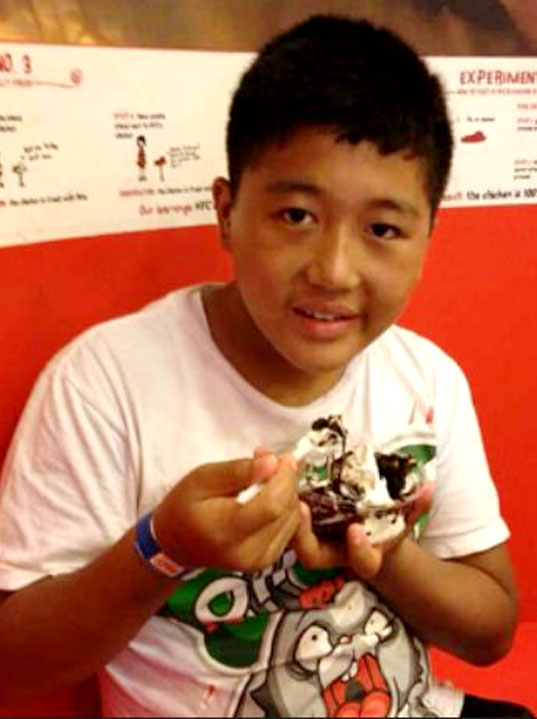 Dharamshala — A Tibetan teenager in exile who set himself on fire in India to protest China's occupation of Tibet, died at 8.25 p.m on Thursday evening.

Dorje Tsering, 16, who self-immolated in Dehradun on February 29, had told his parents he hoped to do something "for the cause of Tibet."

After dousing himself in petrol and setting himself alight, Tsering called out for Tibet's complete independence before being engulfed in flames. He carried out the protest outside an old people's home after visiting his grandfather.

He was admitted to the Safdarjung Hospital's burns intensive care unit and doctors described his condition as "extremely critical" on Thursday.

"It is with heavy heart and great sadness to hear the news that Dorjee Tsering has passed away," Tibetan Youth Congress (TYC), one of the largest independent Tibetan groups in exile in India said in a short statement.

"We offer our highest respect, honor and salute for his sacrifice for Tibet's freedom and Independence," TYC added.

"If possible, a grand funeral service will be held in Dharamshala, in the northern India, in accordance with the wishes of the family of Dorjee Tsering," TYC Joint Secretary Ngawang told the Tibet Post International.

"I have had a strong determination to do something for Tibet since my childhood...I thought that there was nothing else I could do other than self-immolation, because if there is self-immolation, people get shocked, thinking that he set himself on fire for his country," he said, speaking through an oxygen mask.

He added, "I want His Holiness the Dalai Lama to live long and for Tibet to achieve its independence."

At least 150 Tibetans have self-immolated in protest against the repressive Chinese occupation of Tibet. Of these, 143 did so within Tibet, while the remaining eight were living in exile and of them125 have died, including 124 within Tibet and five abroad.
Most of the Tibetan self-immolators have called for freedom of Tibetan people and the return of His Holiness the Dalai Lama to Tibet.