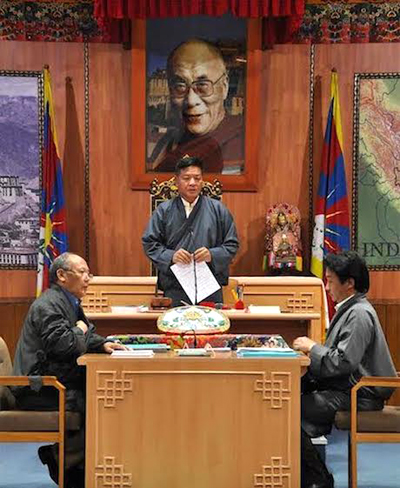 Dharamahala — The 15th Tibetan Parliament-in-Exile concluded its 11th and final session Friday with a strong resolve to promote and practice unity, cooperation and harmony among the various groups and sections of Tibetan society.

In his concluding remarks at the 11th session, Speaker Penpa Tsering has appealed Tibetans to respect the verdicts passed by the parliament based on democratic principles.

"I solemnly urge everyone to sustain the spirit and momentum of our struggle, upholding the values and morals of our culture," Mr Tsering said.

"The official announcement of the election result will be made in the following days. As member of a democratic society, we should all respect the election results and work constructively in accordance with the democratic values of the Charter for Tibetans-in-exile," he said while stressing the need for coordinated efforts to strengthen the Tibetan struggle.

"It is also of vital importance for us all to put all efforts together," collaborating with the new leadership who will take the responsibility. "It is time to put a new effort to fight for the cause" the Speaker said, adding: "Otherwise there would be no reason for us to have an enemy like China."

Mr Tsering also noted that he saw many writings and drawings attacking the candidates during the elections, and said, "This creativity could now be used in service of the Tibetan cause."

He emphasised that Tibetans should all work for the Charter of the Tibetans-in-exile, and not make individuals more important than the Charter.

The speaker applauded the members of the Parliament and members of the Kashag, led by Sikyong Dr Lobsang Sangay for their cooperation in conducting the session successfully.