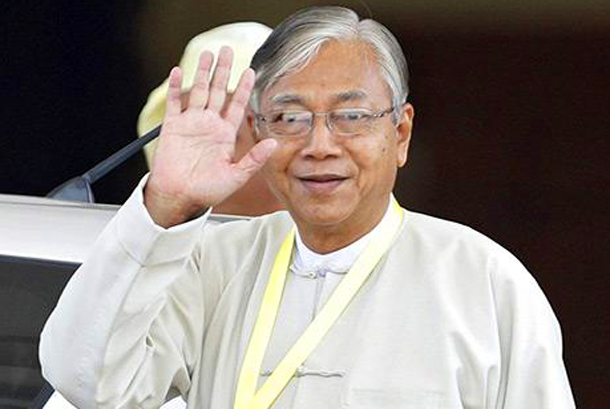 Dharamshala — The Tibetan Parliament-in-Exile Saturday congratulated Mr U Htin Kyaw who was elected by the Myanmar Parliament as the first civilian President of the Republic of the Union of Myanmar in more than five decades.

"On behalf of all the Tibetans in and outside Tibet, the Tibetan Parliament-in-Exile would like to heartily congratulate you for being elected as the President of the Republic of the Union of Myanmar," Khenpo Sonam Tenphel, the Deputy Speaker said in a message.

Mr Htin Kyaw got 360 of the total 652 votes in a joint session of the Upper and Lower Houses yesterday morning. Second vice-president Henry Van Thio, 58, a little-known ethnic Chin Christian and an NLD MP in the Upper House, was elected with 79 votes.

Mr Htin Kyaw is a close friend and confidant of Nobel peace prize laureate, Aung San Suu Kyi. He was hand-picked by her to run Myanmar's government because a constitution drafted by the former junta bars the democracy champion from the top office.