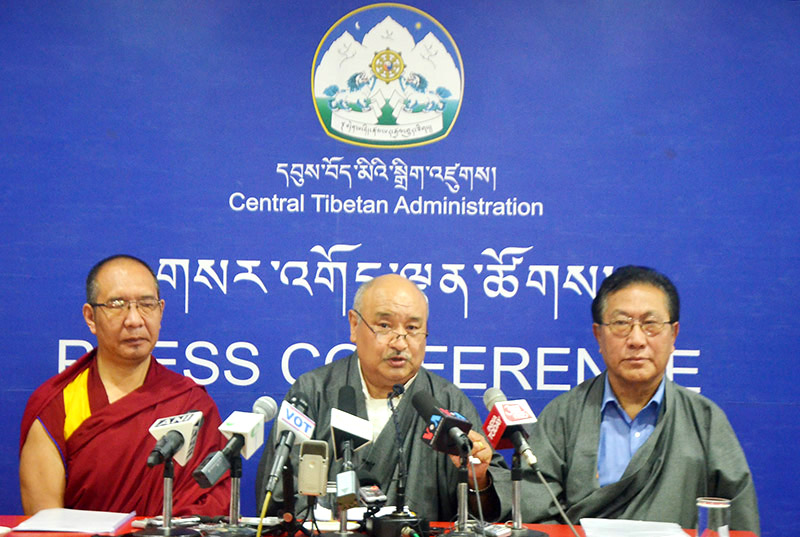 "As per article 67(5) of the electoral rules and regulation, the Sikyong candidate with the largest number of secret ballots cast by the public will be declared the winner," Mr Choephel said while addressing a press conference at the Lhakpa Tsering hall, Ghangchen Kyishong in Dharamshala, India, on Wednesday, April 27, 2016.

"Similarly, as per article 51(1) of the electoral rules and regulation, a total of 45 members are elected for the 16th Tibetan Parliament-in-Exile," said the election commissioner.

"The Election Commission heartily congratulates the winners of both the Sikyong and Tibetan Parliamentary election," Mr Choephel further added.

Dr Sangay was elected in the third direct elections for the Kalon Tripa held in March 2011. He also became the first Tibetan to be elected as the Sikyong of the CTA after His Holiness the Dalai Lama devolved his political authority in 2011.

Following the devolution of his political authority to the democratically-elected Tibetan leadership, His Holiness the Dalai Lama had said he was handing over the political leadership he inherited to "Sikyong Lobsang Sangay."