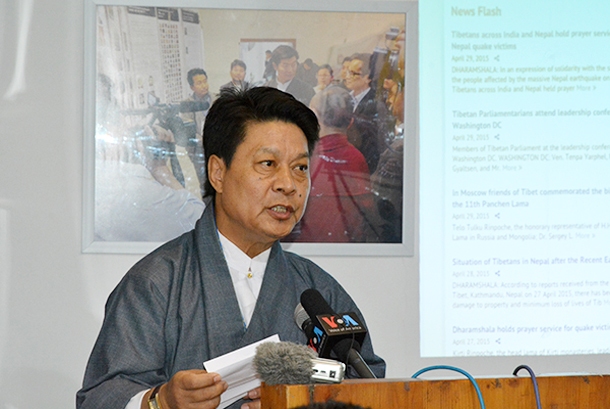 Dharamshala — The Central Tibetan Administration (CTA) announced on Tuesday that Tashi Phuntsok has been appointed as the new Representative for Office of Tibet, Brussels.

Mr Phuntsok, 'Secretary of Department of Information and International Relations (DIIR), will take charge either from 1 July 2016 or when necessary documents are issued by the Belgian government,' the Kashag secretariat stated.

According to the CTA, Mr Phuntsok has dedicated more than 35 years of his life in service of Tibetan community. He joined the administrative service in 1993 as head of the Africa & Middle East Desk, DIIR, during which he played a pivotal role in arranging His Holiness the Dalai Lama's maiden visit to South Africa and meeting with former President Nelson Mandela in 1996.

He continued his service in various capacities at different departments of CTA, notably as the Representative of His Holiness the Dalai Lama in South Africa from 1997 – 2001. He then served as the Representative for Office of Tibet in Brussels and Paris from 2001 – 2005, and as the Chief Representative Officer of the Southern Tibetan Settlements, Bangalore from 2010- 2012. He was appointed as the Secretary of Department of Information and International Relations on 8 February 2013.