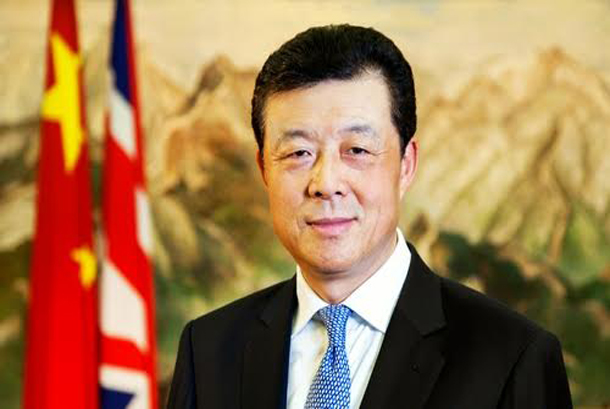 London — The Chinese ambassador to the UK assailed Tibetan activists during a public talk in Bath, England, telling them "your cause is doomed to failure... you will never succeed. Period."

The heated exchange was caught on camera at the event, which was held by the Bath Literary and Scientific Institution (BRLSI). It focused on world affairs from the perspective of the People's Republic of China.

Tibetans and activists in the audience challenged Ambassador Liu Xiaoming after he spoke at length about the happiness of people in Tibet. Sherab Gyaltsen who was in the audience was the most vocal, questioning the Chinese occupation, Tibetan self-immolations and the 1995 disappearance of one of Tibet's most senior figures, the Panchen Lama.

The ambassador responded: "There are 3 million Tibetans: everyone would agree they are much happier, live longer and are much freer".

These comments prompted a number of frank questions from Tibet supporters, including one who raised the issue of torture, citing 2015's findings from the United Nations Committee on Torture. The ambassador angrily called the remarks "absolute lies".

When pressed for information on the whereabouts of the Panchen Lama Mr Liu dismissed the issue: "that has never been recognised, so-called – he is just an ordinary boy," he said.

The campaign manager for Free Tibet Alistair Currie attended the meeting and said the beginning of the talk was delayed by 15 minutes while organisers requested members of the audience to remove or hide Tibetan symbols such as scarves, t-shirts and other clothing, so as not to "embarrass" the ambassador.

Currie said in a statement: "Tibetans inside Tibet are denied the right to show their flag on pain of imprisonment. As we saw during the State Visit of Xi Jinping, the Chinese government wants to do the same in our free and democratic country."

Betty Suchar, director of the BRLSI told the Tibet Post that she cannot confirm what instructions were given to people with regards to the removal of Tibetan symbols but said that BRLSI wanted the talk to represent all people's points of view and encourage debate.

"The fact the ambassador was willing to answer questions regarding Tibet was a positive step," she added.