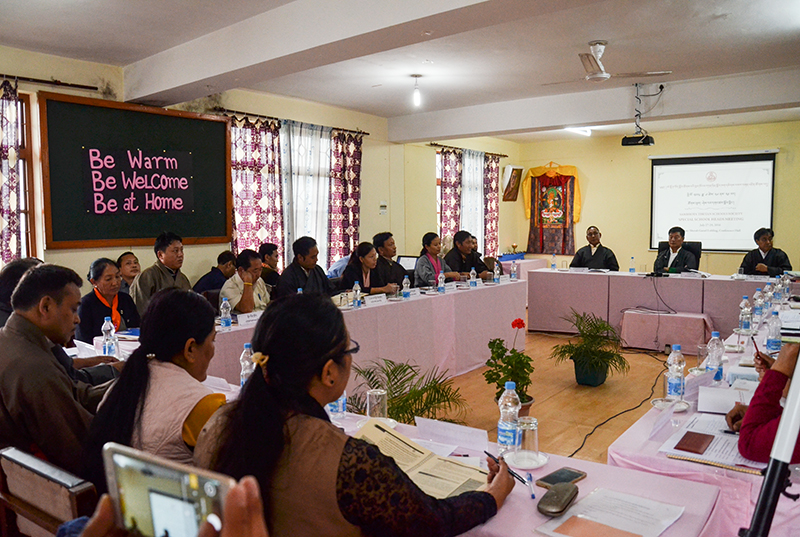 Dharamshala — Dr Lobsang Sangay, the democratically elected political leader of the Tibetan people, on Wednesday urged Sambhota Tibetan Schools to focus on moral development of students, which he also said its essential to recognise those old school heads who have made important contributions to education.

In his inaugural address, Dr Sangay emphasised the importance placed on the role of school administrators, including principals and headmasters, in promoting welfare of students and in facilitating a holistic environment for learning and growth.

He urged the school heads to focus on moral development of students and introduce His Holiness the Dalai Lama's thoughts on secular ethics and human values in the school curriculum.

Expressing concerns over the administration of newly transferred Tibetan schools – previously under the CTSA – Education minister or Kalon Mr Ngodup Tsering urged the concerned school heads to discharge their responsibilities with highest efficiency and address the important areas of improvement in respect to students' education and growth.

"One of the objectives is to provide guidance for newly appointed school heads in execution of their duties," Director of STSS, Mr Karma Chungdak said ex while extending greetings to all participants and introduced the aims and objectives of the meeting.

"Together, we strive towards a swift transformation of the new schools the department of education over took," Mr Chungdak said, added that out of 21 school heads participating in the meeting, around 13 have been recently appointed as heads of their respective schools.