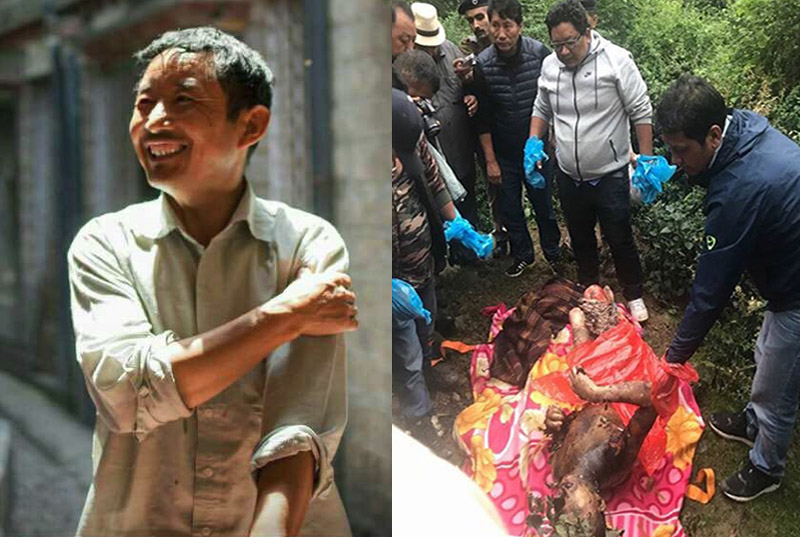 Dharamshala — A Tibetan man set himself on fire and died in Dharamshala on Saturday in the second self-immolation protest in India in two weeks, believed to have protesting against China's illegal occupation of Tibet and its repressive policies toward Tibetan people.

The man who self-immolated was identified as Pasang Dhondup, a 49-year old wood-painter. Dhondup died after setting himself on fire Saturday near the main temple in Dharamshala. Born in Gyantse county of central Tibet, Dhondup escaped from Tibet to India in 1991. Sources said he was single and working as a wood-painter in the wood craft section of Norbulingka Institute, Sidhpur Dharamshala.

The self-immolation protest took place at Lingkor path where Tibetans and devotees circumambulate the main temple. Eyewitnesses who arrived at the scene at 3:10 pm recounted that they saw the self-immolator on his knees and engulfed in flames.

An eyewitness, Jurme Dorjee, a Tibetan man who had been reached before self-immolation protest occurred, says he identified him as a "Tibetan national – who looked in his 40s."

Another eyewitness, Bu kyi, a Tibetan woman who arrived at the spot, says when she saw him, "everything was burning." Bukyi said: "He shouted, Long live His Holiness the Dalai Lama for few times."

Local Indian police found a red bag consisting of an umbrella, around 800 INR, a Tibetan national flag, and his house key. Two empty bottles of kerosene or petrol were found at the site of the self-immolation. Two bottle caps were also found on a nearby rock.

"All the evidences, including his slogans and the eyewitnesses are clearly stating the fact that he was a Tibetan national and he had self-immolated for Tibet," the current Dharamshala Tibetan Settlement Officer Dawa Rinchen told reporters at a press conference held in Dharamshala on Monday.

Due to his severe burn injuries, the man's details including his name remained unknown until Monday. The body of Dhondup was retrieved by locals and police and carried away on the same day he set himself on fire, and his body was taken to the hospital for further investigation. While the investigation continues, further details of the self-immolator may come early this week.

The self-immolation took place at Lhagyalri, near the main Tibetan temple where there are memorial statues of past self-immolators Jamphel Yeshi and Thupten Ngodup and photographs of the other self-immolators from inside Tibet also on display.

Dhondup was was the tenth Tibetan to mount such a protest outside Tibet. The first Tibetan self-immolation in the current wave of such protests was in exile – Thupten Ngodup set fire to himself in Delhi on April 28, 1998, as a hunger strike was being broken up by police in New Delhi. He later died in hospital.

Tibetans and supporters across the world mourned the death of Tenzin Choeying, a teen boy who sacrificed his life for the Tibetan cause. After a few days, the world has seen another death from a Tibetan self-immolation in the very heart of the Tibetan community in India.