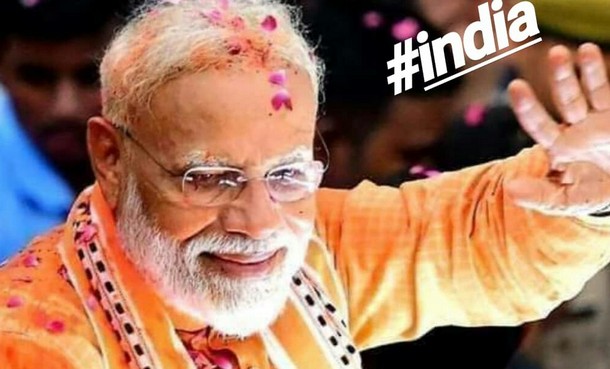 Dharamshala — On the occasion of Prime Minister of India Narendra Modi’s 69th birthday, His Holiness offered his congratulations in a letter. Having wished him a long and healthy life. Modi turned 69 on Tuesday.

The spiritual leader of Tibet while wishing the Indian Prime Minister said “As a long time guest of India, and as someone who cares deeply about this country, I congratulate you on the growing confidence you have brought about. India's success not only benefits the people of India but also greatly contributes to the development of the world as a whole."

“As I have communicated to you earlier, I'm very encouraged by the growing interest young people across India are showing in ancient Indian knowledge, which shines like a sun in the East. I am convinced that the age-old Indian traditions of non-violent conduct—‘ahimsa’, backed by a compassionate motivation—‘karuna’, are not only relevant, but are also necessary in today’s world.

“These positive qualities, along with a thorough understanding of the workings of our minds and emotions, arose out of the traditional Indian meditative practices for developing tranquility—‘shamatha’, and insight—‘vipashyana’. I believe that the way the Nalanda tradition presented these qualities in terms of logic and reason means they can be readily combined with modern education for the wider benefit of humanity.

“Considering myself a messenger of India, when I meet people from other parts of the world, I regularly commend India, the world's most populous democracy, for its remarkable and deeply rooted religious pluralism. India stands as an example of harmony and stability. The peaceful conduct of elections, both at national and state levels, is a further testament to that tradition.”

His Holiness concluded, “For us Tibetans living in exile, India is not only our spiritual refuge, but for more than sixty years has also been our physical home. May I again take this opportunity to extend our deep gratitude to the government and people of India for providing us such warm and generous hospitality.”

Amit Shah congratulated Modi and tweeted, "New India emerging under your leadership has made its mark as a strong, secure and reliable nation in the world. Your effort and determination to make every Indian's life easy is an inspiration for us. It is a privilege to be a partner with you in national reconstruction as a public representative, an activist and a countryman. I wish God your healthy life and longevity.''

Defense Minister Rajnath Singh while wishing the Prime Minister said, "He has been instrumental in building and strengthening India’s position in the comity of nations. His visionary leadership has helped India in scaling new heights of glory. His visionary leadership helped take India to new heights of prestige." I wish him good health and longevity.''

At the same time, Speaker of Lok Sabha and BJP MP Om Birla wrote, "Happy birthday to the Prime Minister of India, Shri Narendra Modi." Under your unique leadership, the country will achieve a new record and progress on the path of progress, I wish you once again with such a wish."