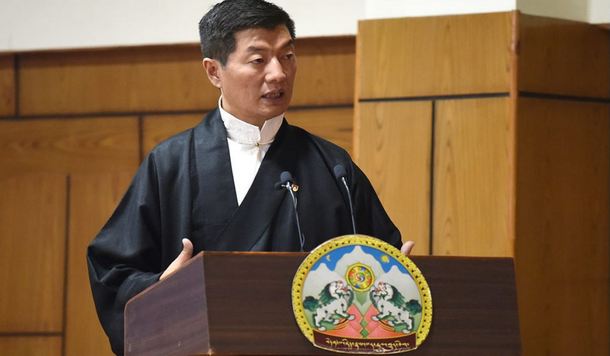 "The Kashag (Cabinet) and the Tibetan people, those inside Tibet and those in exile pay our heartfelt greetings to His Holiness, the most revered leader of Tibet, the world’s leading spokesman for peace, the epitome of Buddha’s wisdom and unconditional compassion," the Tibetan government-in-exile officially known as the Government of Tibet, led by President Dr Lobsang Sangay said in a statement.

"In March 1959, His Holiness had to leave his homeland as a final resort to seek freedom for his people. From the first day he stepped into a life in exile, His Holiness has worked to protect his people, lead a political movement, and preserve the unique cultural identity of Tibet," the Tibetan President said, celebrating the 85th birthday of His Holiness the Dalai Lama on Sunday, July 6, 2020.

"When Tibetans look at our recent past, we remember our great loss but this loss has been bearable, indeed it contains the possibility for a future because of His Holiness. His Holiness has softened the blunt break in our lives and has helped reshape our suffering into something that can contain hope. Tibetans exist as proud Tibetans even under conditions of continued dispossession because of His Holiness," the statement said.

"Today, many around the world view Tibetans as the most successful refugee community with schools, refugee settlements, monasteries, and a democratic polity capable of representing and uniting all Tibetans. Like a parent with unconditional compassion, His Holiness had made supreme sacrifices to nurture us. His untiring effort and farsightedness have saved Tibet from becoming a mere footnote in the story of lost and forgotten nations," the President said in the statement.

The statement added: "His Holiness made the liberation for Tibet visible to the world. The 1989 Nobel Peace Prize was awarded to him in recognition of his long advocacy of peaceful solutions based upon mutual respect and tolerance as a solution of international conflicts, global environmental problems, and human rights issues. Tibetans rejoiced with joy and pride when His Holiness received the award. Our hearts were transported knowing that the world had acknowledged the uncommon ruler who, even in the face of grave persecution, has always reached for a peaceful solution."

"His Holiness’ legacy of humanity, peace, and compassion has already transformed the world. His Holiness was one of the earliest advocates for environmental protection and sustainability. In recognition of his contribution, His Holiness was awarded the United Nations Earth Prize in 1991," the statement added.

"He continues to steer the world towards a more peaceful co-existence embracing all peoples and the environment with initiatives such as advocating the education of the heart in the modern curriculum, advancing the value of mindfulness in the territory of modern science, promoting religious harmony and facilitating interfaith dialogues," the president added.

The statement says "His Holiness’ contribution has been marked by the highest of honors including the US Congressional Gold Medal and the Templeton Prize. In February this year, His Holiness was voted as the world’s most spiritually influential person of the year 2020 in the Watkins list of ‘100 Most Spiritually Influential Living People.’"

It added that "the world might see His Holiness as a human being who has achieved greatness but for Tibetans, His Holiness is the manifestation of the Buddha of Compassion. His Holiness has single-handedly anchored Tibetans who had lost their homeland, their homes, and their loved ones."

To celebrate the life and legacy of the spiritual leader of Tibet, the Tibetan President said "His Holiness the Great 14th Dalai Lama’s benevolence towards the Tibetan people will never be forgotten. This year is dedicated to him. During this “Year of Gratitude,” we will express our deep gratitude to His Holiness. We urge Tibetans and our friends around the globe to initiate and take part in activities in their capacities to create awareness about the life and four commitments of His Holiness."

The Kashag said that "the world today is going through a traumatic experience, around the globe, more than half a million people have lost their lives due to the pandemic. Taking this opportunity, we offer our prayers and solidarity to all the nations and individuals affected by COVID-19. As the number of cases surges in India, we urge the public to take the necessary precautions to keep one another safe. In these uncertain times, His Holiness’ virtual teachings offer solace, hope, and blessing for thousands around the globe. His teachings call for the oneness of humanity, and for kindness and compassion to be the guiding values of everyday life."

The President took this opportunity to thank each and every individual, organization, and government who has supported the initiatives of His Holiness and joined us in the just cause of Tibet. "Tibetans acknowledge with deep gratitude the debt we owe to His Holiness, the greatest of all the Dalai Lamas. We proudly celebrate His life and legacies and pray that His Holiness will live for eons and that all His wishes be fulfilled. We pray for the day when Tibetans in Tibet will get to seek His Holiness’ blessing and teaching from his seat in the Potala Palace in the Land of Snow."