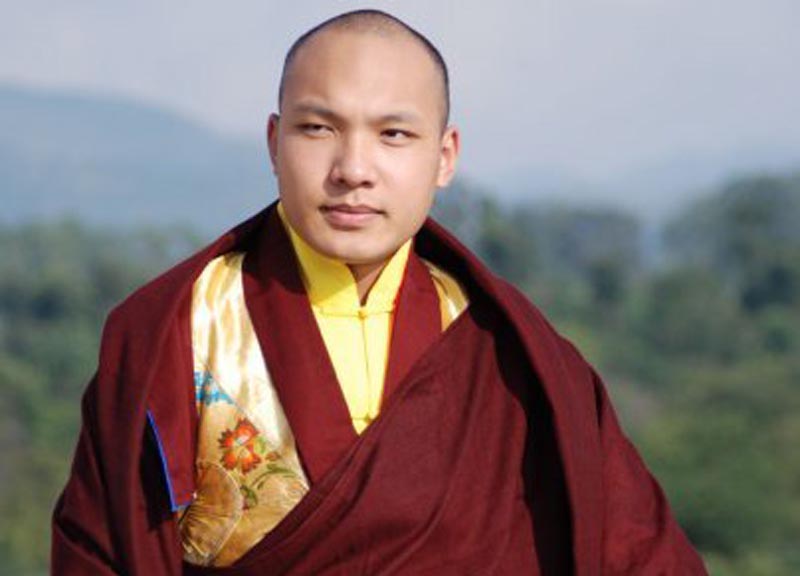 Dharamshala: Followers of the 17th Karmapa Ogyen Trinley Dorje will gather in Gangtok, Sikkim, India, today (September 25) to protest against the Indian government's ongoing restrictions on his travel to Sikkim, which prevent him from taking up the throne at Rumtek monastery as the 17th Karmapa.

His Holiness the Karmapa has been prevented from travelling to Rumtek since his arrival from Tibet, and has also had applications to travel outside India turned down. Many followers have complained the ten years he has waited for the freedom to perform his full duties as the head of the Kagyu line of Tibetan Buddhism are too long.

According to a spokesperson of the Karmapa Reception Committee, several formal attempts have been made to contact the Indian government on the issue, but have so far been met with no response.

The recognition of the 17th Karmapa, and the political landscape of Sikkim, both have a history of controversy and struggle.

Although Ogyen Trinley Dorjee is acknowledged by His Holiness the Dalai Lama and the vast majority of Tibetan Buddhists as the true 17th Karmapa, two other claimants are vying for the title. Sharmapa Rinpoche - who identified Trinlay Thaye Dorjee as the true 17th Karmapa - met with the Dalai Lama on 13 August 2010 to discuss the issue. Sharmapa noted afterwards that a resolution would not be easy due to the issue's connection to Tibet's political relationships with India and China.

The rally will start at 1030 in the Guards Grounds of Gangtok, Sikkim's capital, and journey to the official residence of Chief Minister Dr Pawan Kumar Chamling. Representatives will then submit a memorandum to Dr Chamling, who organisers say has been supportive of their cause.