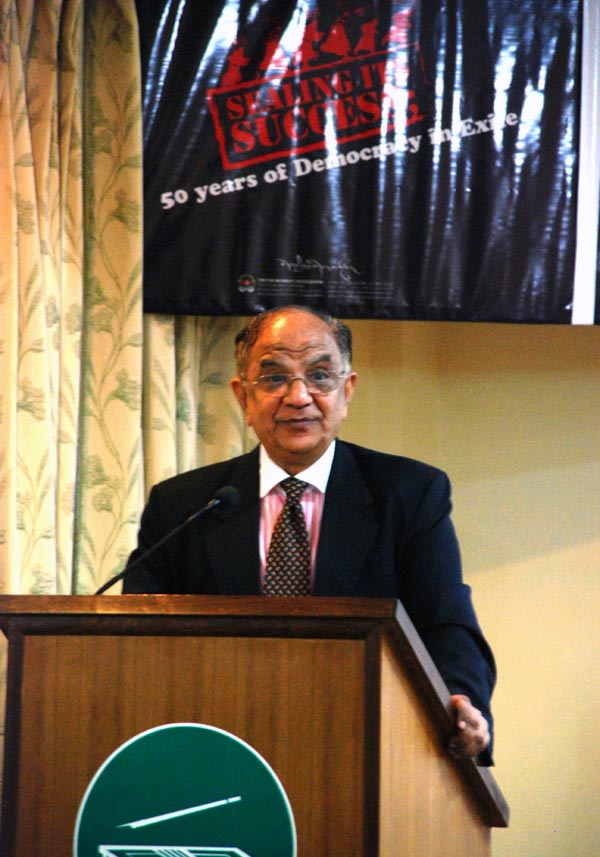 Dharamshala: The Tibetan Women's Association (TWA) last Friday (September 24) hosted an event entitled Sealing its Success: 50 glorious years of Democracy in Exile, in Dharamsala, north India. The event was attended by Tibetans living in exile, along with Indian and Western supporters.

A TWA press release celebrated the success of Tibetan democracy, saying that, from its origins in 1960, it has burgeoned in a unique manner, without the waves of revolution, war, decolonisation, and religious conflict that have characterized the transitions of many other countries to liberal democracy.

The event saw the screening of a film and launch of a bi-lingual book, both titled Exile Tibetans' Mass Mock Election and its Findings - a record of the TWA's Mass Mock Election of the Kalon Tripa (Prime Minister), which was held on July 6, His Holiness the Dalai Lama's 75th birthday. The mock election aimed to raise awareness of the importance of the 2011 Kalon Tripa elections and encourage Tibetans in the diaspora to exercise their voting rights.

The event's chief guest, Mr TS Krishnamurthy, former Chief Election Commissioner of India, told the audience that Tibetan democracy should assimilate the good aspects of Indian democracy, adding, "While in all the other evolving democracies, it takes some time for the government to endow women with voting rights, it is very impressive to see that in the Tibetan democracy the Tibetan women are spearheading a pivotal project in the election process."

In October this year, TWA will launch a year-long education campaign targeting Tibetans in the remotest regions of India, Nepal and Bhutan.

For more information on the Tibetan Women's Association, visit www.tibetanwomen.org