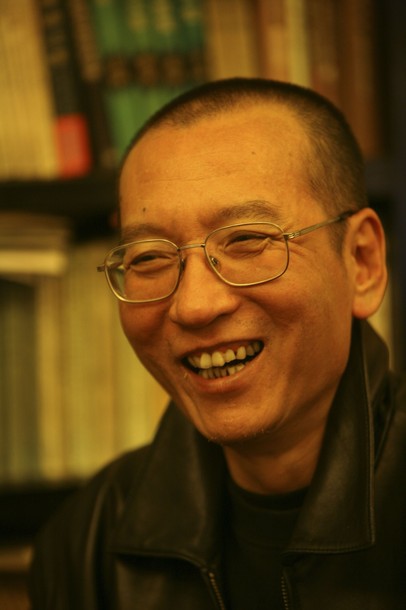 The Norwegian Nobel Committee praised his "long and non-violent struggle for fundamental human rights in China," adding that it has "long believed that there is a close connection between human rights and peace". The prize puts China's human rights in the spotlight at a time when Beijing is seeking to play a bigger role on the global stage.

Mr Xiaobo was sentenced to prison last December, a year after his detention for being lead author of Charter 08 - a manifesto issued by Chinese intellectuals and activists calling for free speech and multi-party elections. The document suggested twelve ways to deal with the Tibet crisis.

Signatories included Chinese writers Wang Lixiong  and Yu Jie, and Professor Ding Zilin from the pressure group Tiananmen Mothers. It urged the Chinese government to "stop the violent suppression" in Tibet, and appealed to the Tibetan people not to engage in violent activities.

Mr Xiaobo, a former literature professor, rose to prominence as a strike leader during 1989's Tiananmen Square protests, after which he was jailed for 20 months. In the 1990s, he spent three years in a 'labour re-education' camp, as well as months under virtual house arrest.

During a visit to Oslo this summer, Chinese Deputy Foreign Minister Fu Ying warned the head of the Nobel Institute against awarding the peace prize to Mr Xiaobo, saying it would damage ties between China and Norway during their negotiation of a bilateral trade deal. Beijing also strongly criticised Oslo when the 1989 prize was awared to His Holiness the Dalai Lama.

The prize, worth ten million Swedish crowns ($1.5 million) will be awarded in Oslo on December 10. It is not known who will collect the prize if Mr Xiaobo cannot attend.