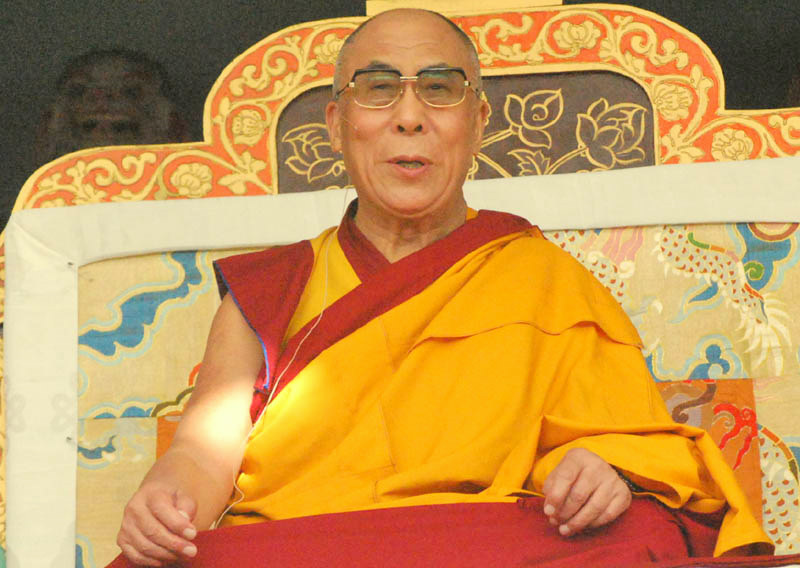 Dharamshala: His Holiness the Dalai Lama has issued his public congratulations to the Chinese dissident Liu Xiaobo for today (October 8) being awarded the Nobel Peace Prize, and requested that China release him from prison.

"Awarding the peace prize to him is the international community’s recognition of the increasing voices among the Chinese people in pushing China towards political, legal and constitutional reforms," he said.

Mr Xiaobo, who was born in 1955, is an anti-communist human rights activist. He has served as president of the Independent Chinese PEN Centre since 2003. On 8 December 2008, he was detained in response to his participation in Charter 08. He was then formally arrested on 23 June 2009, on suspicion of 'inciting subversion of state power', and sentenced to eleven years' imprisonment and two years' deprivation of political rights.

In his statement today, His Holiness said, "I have been personally moved as well as encouraged by the efforts of hundreds of Chinese intellectuals and concerned citizens, including Mr Liu Xiaobo, in signing the Charter 08, which calls for democracy and freedom in China. I expressed my admiration in a public statement on 12 December 2008, two days after it was released, and while I was on a visit to Poland. I believe in the years ahead future generations of Chinese will be able to enjoy the fruits of the efforts that the current Chinese citizens are making towards responsible governance.

"I believe that Chinese Premier Wen Jiabao’s recent comments on freedom of speech being indispensable for any country, and people’s wish for democracy and freedom being irresistible, are a reflection of the growing yearning for a more open China. Such reforms can only lead to a harmonious, stable and prosperous China, which can contribute greatly to a more peaceful world."

His Holiness continued, "I would like to take this opportunity to renew my call to the government of China to release Mr Liu Xiaobo and other prisoners of conscience who have been imprisoned for exercising their freedom of expression."

The Kashag (Tibetan cabinet-in-exile) also issued a statement, saying it "would like to extend its sincere congratulations to Mr Liu Xiaobo...The whole of China should be proud of this singular honour bestowed on one of her sons."

The Kalon Tripa (Prime Minister) Samdhong Rinpoche added, "This year's Nobel Peace Prize...is the international community's recognition of the outstanding contributions Mr Liu Xiaobo has made to the advancement of freedom and personal liberties in China...His support for the Tibet cause and the middle-way policy is well known to everyone. We Tibetans pray that Mr Liu Xiaobo will be able to receive the well-deserved Nobel Peace Prize in person on December 10."