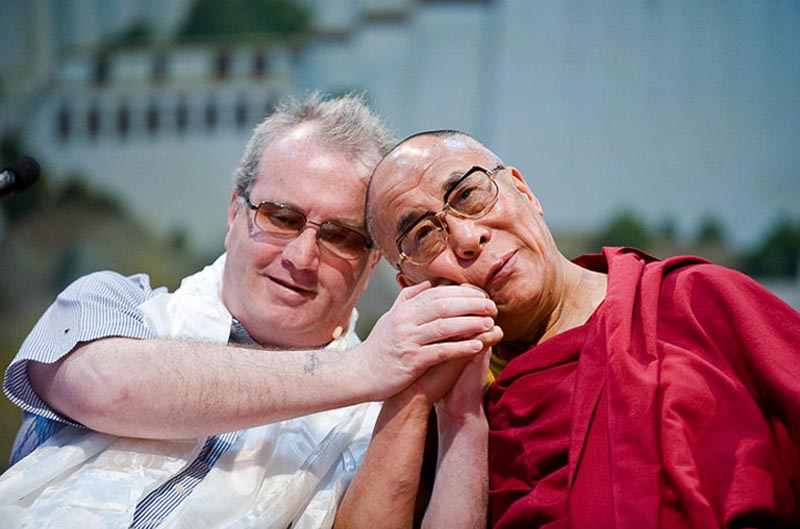 London: The Tibetan spiritual and political leader His Holiness the 14th Dalai Lama is to make his sixth visit to the Republic of Ireland from the 13th to the 14th of April. The Nobel Peace Laureate will take part in a series of events for the social change initiative "Possibilities 2011", which is run by three Irish-based non-governmental organizations, Children in Crossfire, Afri and SpunOut.ie.

On April 13th, he will deliver a talk on universal responsibility during the Social Forum at the Citywest Hotel in Dublin, which will also be attended by former president Mary Robinson. The following day, he will visit the Solas Bhríde Centre in Kildare where he will speak on spirituality.

He will conclude his visit on the following day at the University of Limerick, where he will deliver a talk on the power of forgiveness.

Speaking ahead of his visit, His Holiness the Dalai Lama said he believes individuals can make a difference in society. "It is up to each of us to make the best use of our time to help create a happier and fairer world," he said. "It will be especially important to visit at a time when Ireland is facing serious turmoil, as is the world as a whole, grappling as it is with economic upheaval, climate change, and great and growing chasms between rich and poor."

"His Holiness the Dalai Lama offers a deep wisdom to help us better understand and address the urgent and interconnected range of economic, social, political and environmental problems facing us today. He is someone respected by people from all walks of life, someone who can help us realise the real possibilities for change that exist in amongst all the tough times," Moore said.

The Tibetan leader has made three separate visits to Northern Ireland, in 2000, 2005 and 2007. He paid a one-day visit to the Republic on October 11th, 1973, when he was received at Áras an Uachtaráin by then-president, the late Erskine Childers.

On a subsequent visit in March, 1991, two years after he was awarded the Nobel Peace Prize, His Holiness the Dalai Lama informally met then-president Mary Robinson, but was not officially received by the Department of Foreign Affairs.