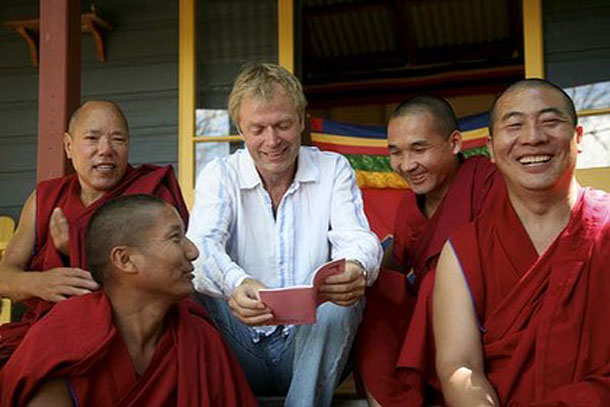 Dharamsala: Four Buddhist monks from Tibet have received a Grammy nomination in this year's 'Best Traditional World Music Album' category, to be held in Los Angeles. The four Gyuto monks were discovered by German producer-musician Kamal Engels, who first encountered them performing traditional chants on the north coast of New South Wales, Australia. Engels helped them to record an album of their favourite chants after including some of their music on another project he was working on, so they would be able to sell copies.

Engels had his star-studded project 'Beyond' submitted with a copy of the album for Grammy consideration, and although his work did not receive a nomination the monks' album, 'Pure Sounds', was a big hit. Engels says 'Pure Sounds' was an 'accident', because it was nobody had ever expected it to receive such international attention, but adds that "it turned out so well that I suggested they try to get it released by my American record company."

The Grammy ceremony will be held in Los Angeles, and so unfortnately if 'Pure Sounds' does win the award nobody will be able to receive it in person, because it will be too expensive for them to travel to the United States and only the artists are permitted to collect the trophy.