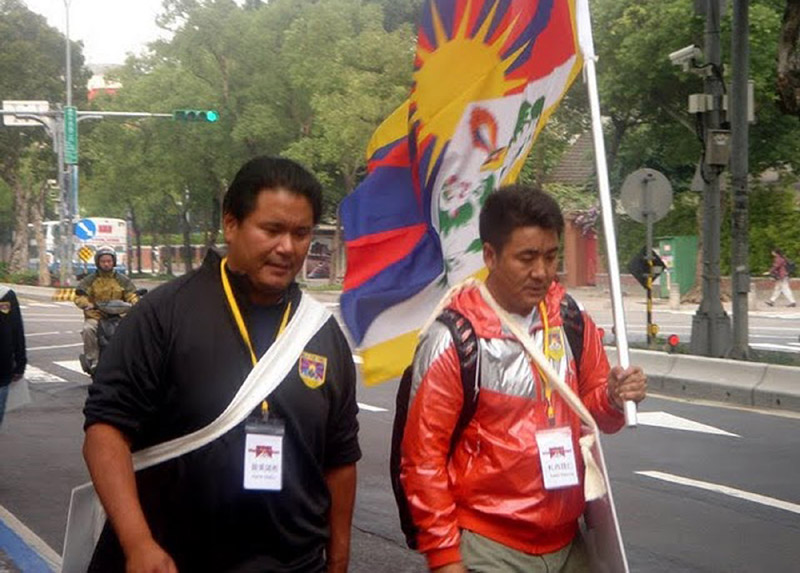 Dharamshala: Jigme Norbu, nephew of His Holiness the Dalai Lama, was to start the last step of his "Walk for Tibet Florida" when he got struck and killed by a car yesterday in the evening. "He was walking on the edge of the road, on the white line, or very close to the white line, and he was walking with traffic", said a Florida Highway Patrol trooper to a local reporter.

According to the highway patrol, the reasons of the accident were still under investigation on late Monday evening. Alcohol was apparently not a factor.

Norbu, 45 and father of three, already covered 7800 miles by bike and had just flown from Indianapolis to Jacksonville on February 13.

"On February 14th, our walk will cover over 300 miles and have many oppourtunities to share our message of world peace, human rights, and the Tibetan struggle for independence. I am asking for your support on spreading the news of this walk for our global cause", he wrote on his website few days ago.

Norbu was well-known as a restless activist for the Tibetan struggle. Last December, he undertook a 250-mile walk in Taiwan, just after achieving a 557-mile walk from Indianapolis to Toronto on last fall.