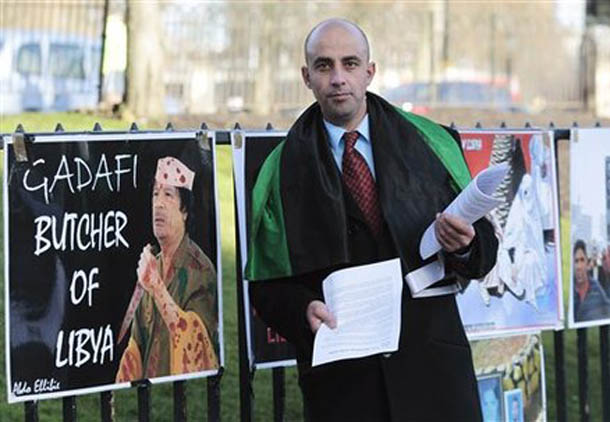 Dharamsala: The northern African nation of Libya has been the latest to join in the pro-democracy protests that have swept the region's Arab governments, as demonstrations broke out overnight in the city of Benghazi, only to be countered by pro-government demonstrations in Syrte, Sebha and the capital city Tripoli.

According to online news reports the demonstrations were the result of anger over the arrest of Fathi Terbil, a lawyer and outspoken government critic involved in the alleged 1996 massacre of prisoners of Tripoli's Abu Slim jail, and more recently with the families of 14 people killed during a 2006 Islamist rally in the city of Benghazi.

The crowd voiced their discontentment with rising living costs, corruption and the nation's autocratic government, shouting slogans such as "The people will end the corruption" and "The blood of the martyrs will not be in vain."

President Muammar Gaddafi, who has ruled the country since overthrowing a Western-backed monarchy in 1969, now faces the possibility of nationwide protests on Thursday after calls for action were made on the internet.

Libya is situated between Tunisia and Egypt, which have both seen massive demonstrations leading to the ousting of their respective leaders. Anti-government protests have also been seen in recent days in Yemen, Bahrain and Iran.

The domino-like effect of the outbursts has toppled seemingly unshakable regimes and has worried other governments in the region, as well as in China, where news of unrest in Egypt was heavily censored.