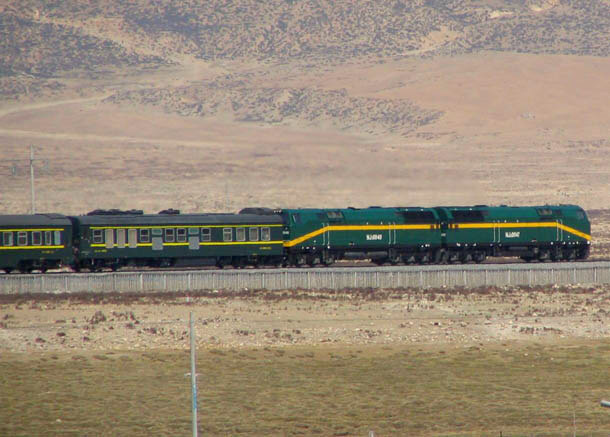 Dharamshala: China has confirmed that the railway connecting Lhasa to Shigatse, the second largest city in Tibet, will be effective in 2015, according to the Times of India. The $2 billion construction, which started on September 2010, will cover 253 km and pass through five counties. Both passengers and goods are expected to be carried on the new line.

According to the official news agency Xinhua, the freight capacity of the railway will be of 8.3 million tonnes a year. A report recently presented the extension of the railway network and the airport inaugurated in Shigatse in November, as "vital" in "boosting tourism and accelerating the transport of natural resources". The 1956 km line, which has linked Golmud (Qinhai) to the capital of Tibet since 2006, has already accelerated a number of mining projects, including the massive Yulong copper mine.

Many Tibetans however believe that investments from Chinese authorities primarily benefit Han Chinese migrants. The controversial railway is also criticised as a threat to the fragile environment, and decribed as a way to speed up the "Sinofication" of the Tibetan plateau.

Besides the extension to Shigatse, a city also known as the traditional seat of the Panchen Lama, the railway network is also expected by Chinese authorities to reach places near the borders of Nepal and Sikkim, India by the year 2017.

Critics also accuse China using it's Railway: "Designed to Destroy Tibet." Tibetans fear that the Chinese Government will use the railway to further its colonization of Tibet by moving in ever-larger numbers of Chinese settlers and military personnel while transporting out Tibet's vast natural resources.