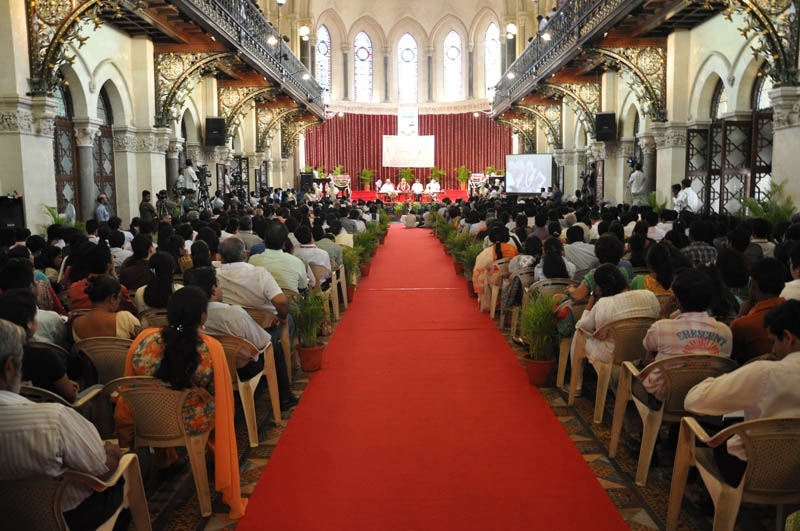 Dharamshala: - The spiritual and political of Tibet and Tibetan people, His Holiness the 14th Dalai Lama on Friday described non-violence and religious harmony as two treasures of India, and said people across the world should learn from these principles.

"Several international personalities are inspired by Mahatma Gandhi's principles of non-violence and harmony, which were born in India. It has been appreciated and accepted all over the world by leaders like Martin Luther King and Nelson Mandela. They have understood India's values," His Holiness told a packed university auditorium.

His Holiness the Dalai Lama appreciated the communal harmony of India, saying that it is the biggest democratic and secular country.

"The constitution of this country holds the sacred word of secularism which asks for respecting all the communities and religions," said His Holiness.

"India needs to spread such sacred ideologies to the entire world for good. And universities are the places where this spreading of thoughts can be started. Educationists should take a lead while involving students with these thoughtful ideologies of the ancient India leaders," he said.

His Holiness also asked the youth of the country to play an active role in the promotion of non-violence and religious harmony.

Expressing concern over global warming, His Holiness said, "Global warming poses a real danger to mankind and could become a reason for flooding and mud slides across Asia".

Maharashtra Minister for Higher and Technical Education Rajesh Tope and Vice-Chancellor of the University Dr Rajan Welukar were present on the occasion.