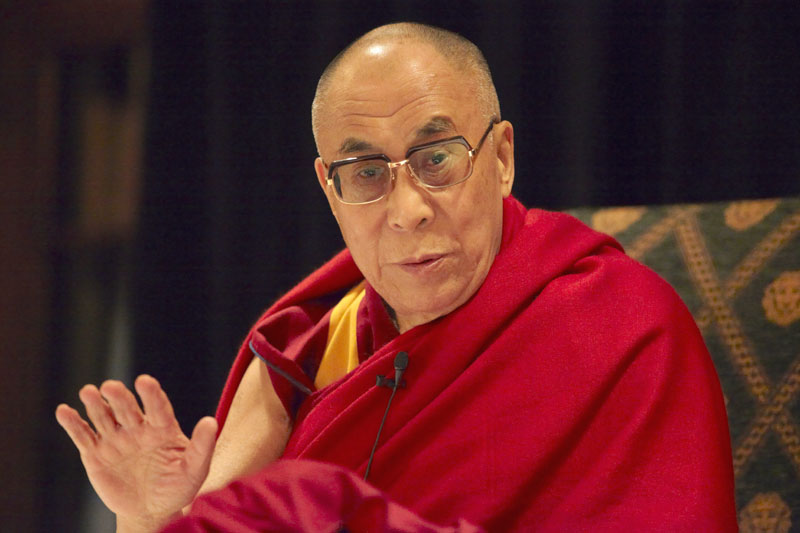 Dharamshala: - The political and spiritual leader of Tibet, His Holiness the Dalai Lama will convene an historic summit of peacemakers at the invitation of the City of Newark and hosted by the Honorable Cory A. Booker, the Mayor of Newark. The city is the setting for the peace event because it has faced many of the problems found in other U.S. cities.

According the event organisers, the summit will illuminate common elements of peacemaking around the world. The Summit also seeks to engage our potential to solve problems faced by individuals, families, communities, nations, and ultimately all beings in the world they share.

The event also aimed to bring together inspiring and instructive people, institutions, groups, and movements whose creative solutions to real problems have fostered peace, dignity, community, and progress on a variety of levels.

The "Newark Peace Education Summit" May 13-15, 2011 is being organized by New York-based Tibet House U.S. and by the Drew A. Katz Foundation, it's main events will be held at the New Jersey Performing Arts Center. "The conference will join national and international leaders with students and local anti-violence activists," said Booker.

"This summit will bring together His Holiness the Dalai Lama with leading international and national peacemakers, community leaders, policy makers, business leaders, and grassroots activists," according to a report published on Tibet House U.S. website. They will examine, refine, and communicate best practices for bringing about positive social, economic, and personal change benefiting communities at home and abroad.

His Holiness the Dalai Lama and fellow Peace Nobel Laureates Shirin Ebadi and Jody Williams will be joined on panel discussions by a moderator, a youth activist, international and national speakers, and local leaders.

The goal of the event is to illustrate the importance of nonviolence to problem solving in today's world. In addition to the Summit, the organizers look forward to in partnering with local non-profits to draw attention to their programs.

"We hope to highlight the community building methods of these groups and show how their inspirational efforts can make Newark a more peaceful, prosperous, and beautiful place to live as well as addressing the important role education and educational institutions have to play in this endeavor," said the event organisers.