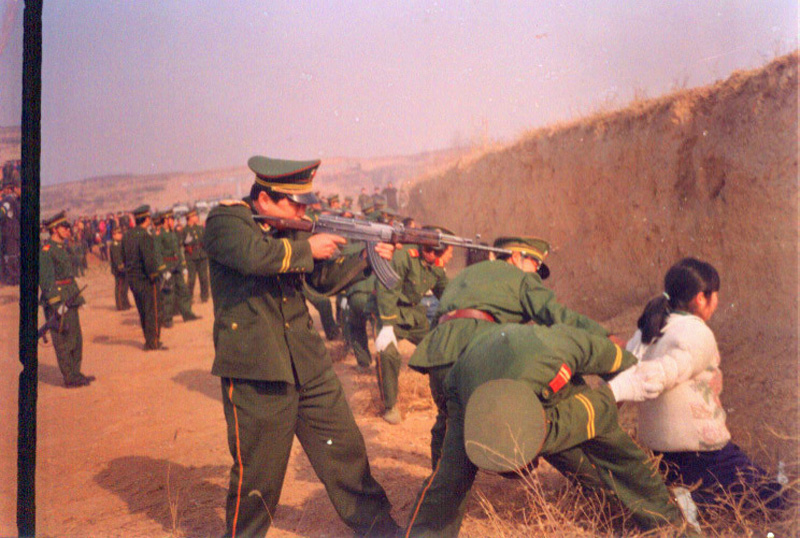 Dharamshala: China has claimed to have reduced the number of crimes punishable by death from 68 to 55, removing 13 economic crimes for which the death penalty was rarely ever applied in practice.

Among the crimes to be taken off the list are tax fraud, the smuggling of cultural relics or precious metals, tomb robbing and stealing fossils, and it will now be forbidden to execute anyone over the age of 75, except in cases of 'exceptional cruelty'.

China's state-run publication China Daily claimed that described the amendment as a move to "restructure (the) penalty system and better protect human rights", quoting Legislative official Lang Sheng as saying the changes "embody the humaneness of the country", an indication that China is trying to turn around its bad reputation abroad.

However, it is not thought that the cull will affect the number of people put to death each year, as the crimes selected were not usually awarded the death penalty anyway. China has won a sad first place as the nation which carried out most executions in 2008.

When the reforms were first proposed last year, human rights group Amnesty International described them as mere "legal housekeeping". Although official capital punishment figures are a State secret in China, the nation is thought to execute more people per year than every other country combined, with Amnesty maintaining that at least 1718 people were put to death in 2008, well over half of the 2390 executions carried out worldwide in that year.

Capital punishment is thought to have wide support in the China's communist regime, where corruption among officials provokes strong public reaction in a country with a tradition of harsh punishment.

It is well known that certain political prisoners either 'disappear' or die in prison from malnourishment and mistreatment, and lack of death penalty does not necessarily mean fewer state-inflicted deaths. The new rules will come into effect May 1.