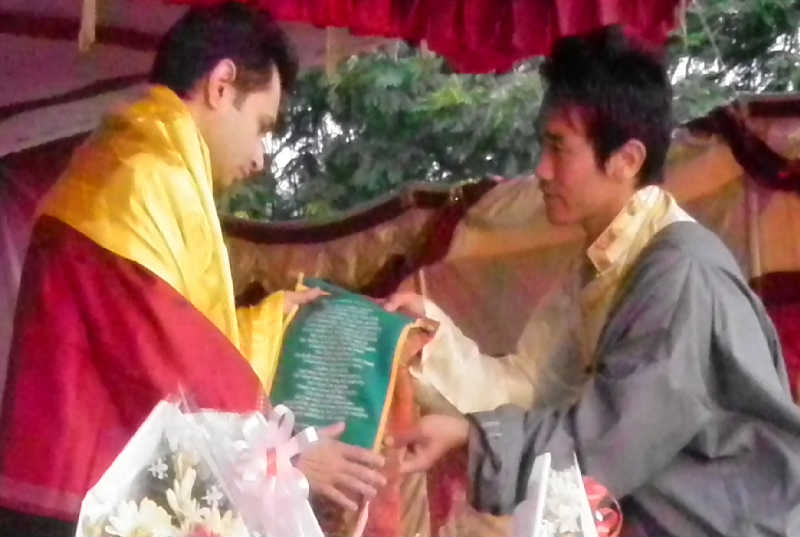 Bangalore (Feb.27)-Many people not be aware of this, but ethically I am a Tibetan-Burmese, indigenously I am a person of Tripura, and constitution puts us as tribal. I would like to see as indigenous but we are ‘tribals,' said Kirit Pradyot Deb Barman, the current king of the Royal House of Tripura, yesterday evening here in the city.

Out of the college ground, these students created a world of their own, and all of them look same with their small eyes, but they proved that they are different and unique from their own respective food and cultural music and dances.

There are around 1000 north eastern students and one hundred Tibetan students in the college.

"I am often questioned by many people that how I admitted such a huge number of north east people, and I told them that north east is not a one state, there are many states. Students from north east studying here belong to the different tribes and communities consisting of eight states and 150 tribal languages." The principal of the college, Dr. (Fr.) Ambrose Pinto Sj said "Tibet, of course is different. There is no Tibetan state as yet. People of Tibet are rootless and homeless. It is necessary to provide them the support they need to create a home as they struggle."

Tashi Phuntsok, the chief representative of Central Tibetan Administration (CTA) was also found in presence as one of the distinguished guests at the program.