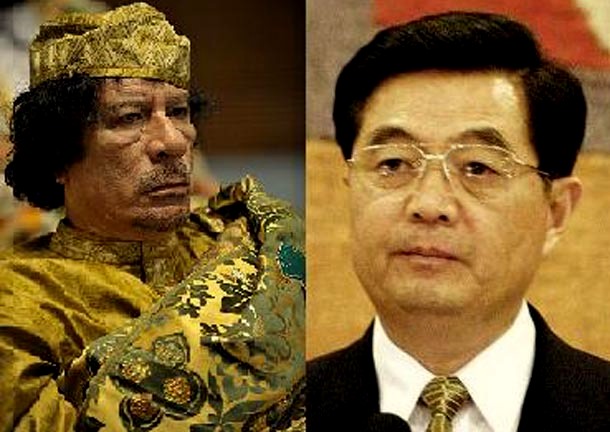 Dharamshala: China has admitted to having strong reservations regarding a United Nations military intervention in Libya, where authoritarian leader Col. Muammar Gaddafi has been leading a deadly military offensive against his own people following a widespread uprising calling for democracy.

The United Nations Security Council adopted a new resolution on Friday morning following a vote, allowing "all necessary measures" to protect civilians, including air and ground strikes but stopping short of a military invasion.

Hours after the resolution backed a "no-fly zone" over Libya to protect civilians against government armed forces, Libya's Foreign Minister announced that the government had declared an immediate ceasefire between rebels and forces still loyal to Gaddafi.

China's permanent representative to the United Nations, Li Baodong, confessed the Communist nation, which has been ruled for the past 61 years by the same regime, was having "serious difficulties" subscribing to the new UN resolution though it would agree to support it in principal.

The Chinese diplomat stated that China "Is always opposed to the use of force in international relations" , also urging the UN to respect international law and the "sovereignty, independence, unity and integrality of Libya and resolve by peaceful means the current crisis in Libya".

The stance taken by China on the matter may have some relation to the fear held in the Chinese government that a similar uprising will occur in their own country, following weeks of demonstration attempts and a 'jasmine revolution' which were crushed by police forces. Chinese government figures have shown that over 90,000 incidents of unrest occur in China each year, adding to the government's unease about the instability of their regime amid increasing numbers of calls for democracy.

The UN's Secretary-General Ban Ki-Moon has stated that "Given the critical situation on the ground, I expect immediate action on the resolution's provisions", and French government spokesman François Barrion affirmed that talks would be taking place "as early as this morning" regarding a plan of action and that "Strikes will take place immediately".

French Foreign Minister Alain Juppe gave his assessment of the situation, saying that "In Libya, for a number of weeks the people's will has been shot down... by Colonel Gaddafi who is attacking his own people. We cannot let these warmongers do this, we cannot abandon cilivians."

Libya's Deputy Foreign Minister Khaled Kaaim has condemned the resolution, claiming it "shows an aggressive attitude on the part of the international community, which threatens the unity of Libya and its stability", while Col. Gaddafi has told a Portuguese television station "If the world is crazy, we will be crazy too."

The UN resolution has given hope to many in Libya, who were reported to be celebrating following the vote, as well as those facing oppressive and overpowering governments in countries such as Yemen and Ivory Coast, where the violence continues.