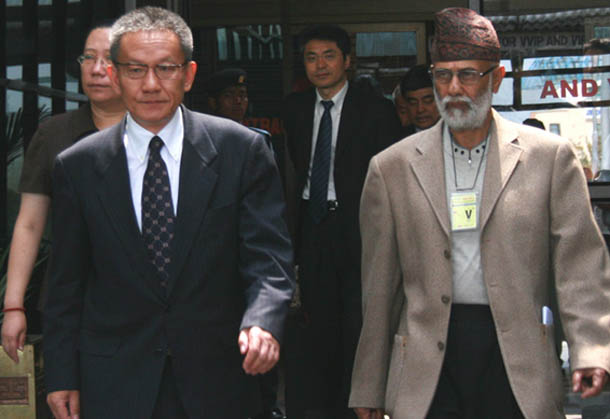 Dharamshala: A meeting in the so called Nepal-Tibet Trade Facilitation Committee (NTTFC), a top level forum for bilateral trade talks, has resulted in the formation of a working committee at the border point for trade barrier simplification, according to the Himalaya Times. The meeting took place in Kathmandu on May 9-10 and was led by joint secretary at the ministry Toya Narayan Gyawali while the visiting delegation was led by Ye Yinchuan, deputy secretary general of so called Government of Tibet Autonomous Region.

During the two-day meeting, a Memorandum of Understanding was signed between the two parties for a Nepal-Tibet Trade Fair which is to take place from November 2-6, also in Kathmandu. Under-Secretary of Ministry of Commerce and Supplies Binod Acharya told the Himalaya Times that "As per the MoU, the trade fair will have around 50 stalls each from Nepal and China".

During the two-day talks that concluded on Tuesday, Nepal had sought Chinese assistance to give leverage to its exports by ensuring transparency in customs, providing trade-related services and supporting development of trade-related infrastructures. "Representatives from Nepal and Tibet discussed the simplification of non-tariff barrier, encouragement to Chinese investment and increased Chinese technical assistance in Nepal" said Acharya.

Also on the drawing board was a branch of Chinese bank on the Nepal side of the border, a move that is thought to alleviate long standing trade problems related to payments. "The Chinese side has assured us that they are ready to open a branch of Chinese bank in Nepal. They have promised to take up matter with the central government," said Toya Narayan Gyawali, joint secretary at the Ministry of Commerce and Supplies (MoCS).